With all the general craziness surrounding Fates as of late, it’s very easy for some news to get lost along the way. 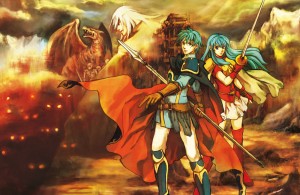 Diligent fans such as Bunny, have reminded me that The Sacred Stones was added to the North American Wii U Virtual Console on 18th June. For those of you in Europe, it came out at the start of this year (and it’s a Club Nintendo digital reward too).

This title is notable for being Intelligent System’s first proper attempt at telling two parallel stories in the same game, long before Fates. Although, in reality, the story only branched out for 7 chapters before converging again. 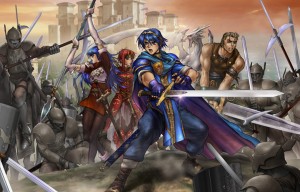 Additionally, European fans can purchase Shadow Dragon on the Wii U Virtual Console as of 2nd July (yesterday).

Interestingly, even though the Wii U edition doesn’t support the Wi-Fi connectivity of the original (so say good-bye to online multiplayer, at least until Fates arrives in 2016), you can now peruse the Online Shop without an Internet connection. How kind!

Despite receiving mixed opinions amongst hardcore fans, Shadow Dragon is still a solid game. However you’ll probably enjoy it more if you accept it as a fairly bare-bones remake of a 25 year old game.

With all things said… fingers crossed for Path of Radiance to follow next!