During early August, Famitsu ran an online survey for Fire Emblem Fates players in Japan, inquiring about their preferences, favourite aspects and various other things. 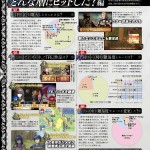 After a long wait, this week, we finally have the survey results–and in English too, courtesy of Kirokan!

For reference, approximately 2686 people participated in the survey, which consisted of 19 questions (although it seems not everybody answered every question). 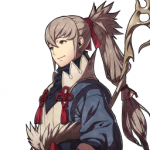 Actually, perhaps Takumi’s conquest in the popularity poll isn’t so surprising, given the circumstances.

Even before the game came out, Takumi was the centre of several internet memes, due to his unfortunate role as a bow-user and there being exactly 4 Nohrian siblings to box him in…

In an ironic twist of fate, when players later got their hands on the game, they found Takumi to be one of the best bow-users in a long time, partially thanks to his exclusive Fuujin Bow weapon.

For the final question, Famitsu asked players to give an overall score for the game (out of 100). We know what score Famitsu gave (36/40), but how did players rank the game?

After crunching the numbers, the average user score comes out as a respectable 86 (out of 100), with over half of the participants (1596) awarding a 90+ score.

Here’s hoping Fates will be as well-received when it finally reaches Western shores in 2016!