Nintendo’s April 2015 Nintendo Direct contained a few surprises, but there were few that could top the re-reveal of the long-since-absent Shin Megami Tensei and Fire Emblem crossover title.

First announced way back in January 2013, in the form of a simplistic teaser, no more was said about the game for over 2 years, besides a few teases and rumours.

It didn’t help that during this time, Atlus’s parent company, Index went bankrupt before being procured by Sega Sammy, leading to ever-growing fears that the game had been silently cancelled. 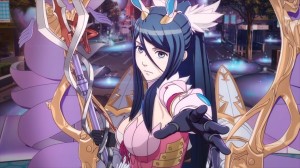 Anyway, dodgy history out of the way, Nintendo confidently reassured us that the crossover title was still alive, by revealing a jam-packed trailer featuring a ton of impressive cutscenes and (slightly brief) gameplay footage. 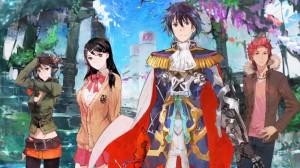 From the trailer, we discover that the game isn’t merely a simple crossover involving existing Shin Megami Tensei or Fire Emblem characters. Rather, it seems to be its own game and takes inspiration from both franchises instead.

For instance, the gameplay, settings and aesthetics appear inspired by the Shin Megami Tensei series. Meanwhile the Fire Emblem inspiration can be seen in the costumes, enemy designs and attacks. 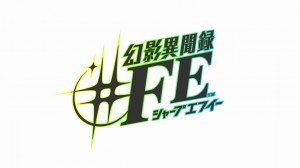 At the end, we’re presented with the game’s official name, in Japan at least: Genei Ibunroku #FE (literally Illusory Revelations #FE; the last part is read as “sharp eff ee”). This odd-sounding title has vague allusions to both franchises; obviously, the “FE” is meant to represent “Fire Emblem”.

All of this is just the icing on the cake though; for a detailed analysis of the trailer, please check out this page.