The April Nintendo Direct had one more point of interest for Fire Emblem fans, if you were watching the Japanese Direct at least: new details pertaining to the upcoming reboot of the Fire Emblem Trading Card Game. 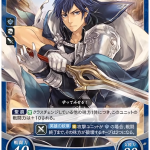 The new TCG is formally known as “Fire Emblem 0 (Cipher)” and, as previously announced, will be released in Japan during the same day Fire Emblem if launches, which we now know is 25th June 2015.

The initial expansion features characters from the first and last games in the series, Shadow Dragon and Awakening; you can check out various samples at the newly-opened official site and in our TCG gallery. 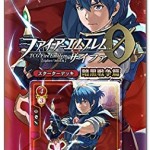 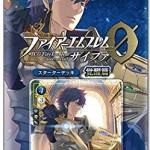 Players just starting out can invest in two starter decks, “War of Shadows Chapter” or “Awakening Chapter”, each containing 50 cards for 1300 Yen (without tax).

Then to try and complete your collection, you can purchase “Blade of Heroes” booster packs, containing 10 random cards for 350 Yen (without tax).

At the moment, the rules of the game are unknown, but the official twitter account promises to reveal them very soon.