For those who missed it, the livestream has been archived here (Nicovideo account required). You can also find pictures from the event on Dengeki online or our forums. 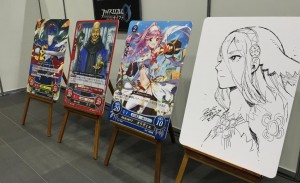 The main agenda of the livestream was to build hype and explain the rules of the TCG, which releases on 25th June 2015, the same day as the latest game in the series, Fire Emblem if.

Of course, Nintendo knows many fans are excited about the new game, so they made sure to sprinkle some new details here and there.

Thanks to the guest appearance of her voice actor, Lynn-san, we can finally put a name to the blue-haired dancer girl who appears prominently in the trailers: “Aqua“. 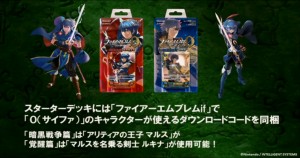 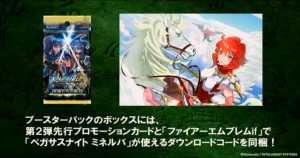 In addition to this, it was confirmed that Fire Emblem if will feature DLC characters, accessible from download codes bundled with special packs of the TCG. 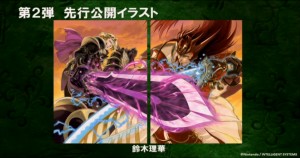 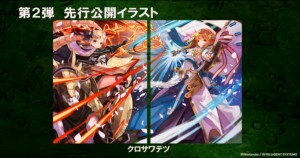 Fire Emblem if will also be the focus of the TCG’s second expansion; ahead of its release, we’re shown four pieces of artwork of the Hoshidan and Nohrian royalty and two cards of original characters designed by the development staff.

Finally, the hosts teased the third expansion; no pictures were shown, but this one will have a mixture of characters from Fire Emblem if and Path of Radiance (the ninth game in the series, featuring Ike of Super Smash Bros. fame).