Shouzou Kaga, the creator of Fire Emblem, has been rather quiet since making his last game, Berwick Saga, 10 years ago. Although things could be changing very soon.

On his purported blog, Kaga is recruiting volunteers to assist with an indie game to be developed with SRPG Studio, a recently-released Japanese game-making tool published by SapphireSoft that allows creation of strategy RPGs like Fire Emblem..

Unsurprisingly, Kaga’s blog is entirely in Japanese, but fortunately a traveling elder has deigned to translate the relevant post here. You can also find discussions on our forums. Special thanks to Arch for keeping me posted with Kaga’s movements.

Update: Kaga mentions that he has found enough helpers and is no longer seeking assistance. He thanks everyone for co-operating and warns that he will remove his recruitment post soon.

The rest of this article summarises Kaga’s post and provides some background information. 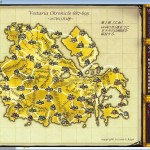 This isn’t the first time Kaga has dabbled with indie games; earlier in the year, he posted about an unreleased (and presumably incomplete) indie game he made back in 2010, called Vestaria Chronicle 687-693.

Although Kaga doesn’t explicitly mention it, there’s a chance he’s attempting to resurrect that game; that or he’s making something entirely new. In any case, his new game seems to be inspired by his previous games, as he mentions wanting Dragon Knights and colours akin to Berwick Saga.

Rather surprisingly, it appears Kaga has been planning things for a while. Already, he has a staff of around 10 people, including professionals and is currently negotiating with a character designer–potentially an “amazing artist”. Music-wise, he already has somebody in mind (and even tells readers to hazard a guess). 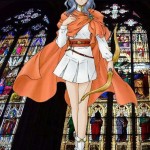 To resolve this, Kaga is requesting users to donate assets to his project, so long as they fit certain criteria. More specifically, the assets…

If all of the above terms have been properly acknowledged, users may e-mail their contribution in a zip file, along with any usage conditions. 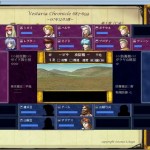 Should the assets be accepted, Kaga will reply back and anybody who successfully contributes will receive special thanks in the finished game’s credits roll.

Kaga stresses that he and his staff have limited time to work on the game, so he can’t provide an estimated release date. But if everything goes smoothly, he will post about it on his blog.

His final comment: “This is basically a project with friends and acquaintances, but we’d welcome a sprite artist. It’s our biggest weak point, so we’d warmly welcome you if you’re enthusiastic.”