Fire Emblem Fates releases next week in Japan and, although we know a lot of the key details, there is still one burning question in many fans’ minds: 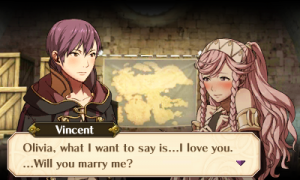 Is marriage–a hugely popular feature in Awakening (and which first appeared in Genealogy of the Holy War)–in this new game too?

Yesterday’s Treehouse Live skirted around this question somewhat, which has done little to ease worrying fans.

However today, we now know the answer to that question.

For those who don’t care for spoilers, I’ve hidden the answer below…

According to the latest issues of Dengeki and Nintendo Dream, which release on the 20th (but have leaked in advance), marriage and children work in a similar manner to Awakening.

Upon reaching a support level of “S” with a compatible (opposite-gender) character, those two characters will marry and their children will join them on the battlefield.

From the limited information we’re presented with, it seems that once again there are special “confession” images for the Avatar’s chosen spouse.

However in a slight twist, the identity of the child appears to be determined by the father, rather than the mother, like in Awakening, with the mother passing down her hair colour instead.

The examples shown include the Avatar and Felicia’s child, Kanna, and Tsukuyomi and Orochi’s child, Shara. Curiously, Shara’s appearance and dialogue resembles Tharja from Awakening…

As of this moment, it’s not known where the children originate from. In Awakening, they came from the future, but it would be terrible story-telling to use the same trick twice.

That said, Kanna’s dialogue could be a hint: she mentions going to fight with her father (the Avatar) in the “outside world”. Do these children exist in some alternate reality that reflects the real world? 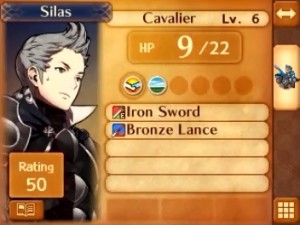 Something Japanese fans noticed from the Treehouse stream: the Simplified status screen has space for up to three relationships, like in Awakening.

This suggests certain characters–like the Avatar–can have up to two children. For example, if the Avatar marries Olivia in Awakening, his relationships would be Olivia (Wife), Inigo (Child) and Morgan (Child).

Likewise, the third space means that it’s not impossible for (non-sibling) children in Fates to marry each other (and maybe even the Avatar, like in Awakening).