With all the hype surrounding the 25th Anniversary Concert (expect an impressions post soon), I missed some important details regarding the Fire Emblem Cipher TCG.

First teased in a livestream event before the first series even came out, the second series–focusing on Fire Emblem Fates–is due for release in Japan on 17th September 2015.

Now that September is fast approaching, the official Cipher site has added details about the starter decks and booster packs (plus all the special gifts inside), which I will go over further down the page.

In addition, at an official Cipher gathering, staff showcased the first illustrations from Series 3–focusing on Fates and Path of Radiance. 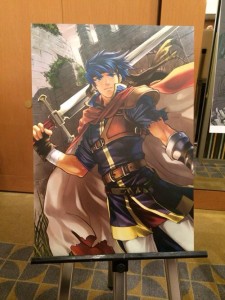 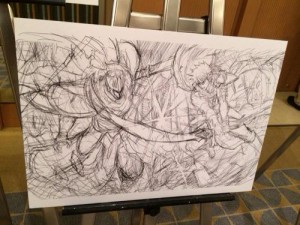 The first illustration depicts Ike in his Path of Radiance costume, while the second features an epic battle between the Black Knight and Ike (possibly in his Radiant Dawn or Lord costume).

Anyway, back to the more imminent future for a moment…

As with Series 1, the second series features two pre-made starter decks to get players started (pun not intended).

Both themes feature pixel art of Fire Emblem heroes or heroines, the Cipher main theme as the background music (composed by Yuka Tsujiyoko) and Fire Emblem sound effects from the NES era.

Warning: 3DS home theme codes are region-locked, so you won’t be able to download the themes onto your North American or European 3DS. .

“Soulful Flames of Light and Dark” booster packs will cost 350 Yen (without tax). If you purchase a box of boosters, you will also get a Series 3 promotional card, plus 5 limited edition card sleeves (for your hero), from 2 possible designs.