If you remember, a popularity poll was announced in October by Nintendo for site visitors to vote for their favorite male and female characters in Fire Emblem If. Well, the results for the contest are finally up! 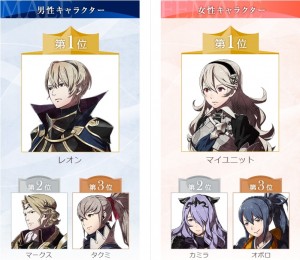 Aside from the silly translation errors provided by Google Translate, the top three of each gender are highlighted here and the results include all 71 playable characters in their respective categories.

In other news, Nintendo.co.JP also gives us access to their new Background Corner. Included here is a gallery for wallpaper downloads (currently featuring two versions of two different wallpaper types), their Popularity Poll results and a surprising release, a Support Scene.

Their Support Scene pulls in supports for what currently includes some high ranking characters in the popularity poll, and features some customized artwork submitted just for this gallery. 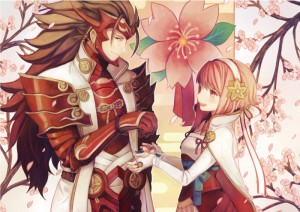 Noted features thus far include the C, B and A rank support dialogues, placeholders for supports for all three versions of the game and each respective art piece. 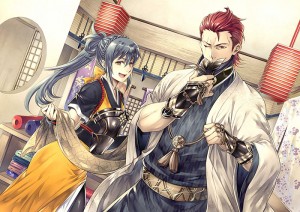 Only three Hoshidan supports are available at the moment, but based on the placeholders, more are sure to come. 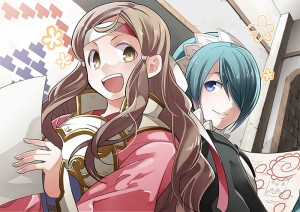 It’s uncertain as to why these were the first to be uploaded, as the characters included vary wildly in popularity across the recent poll. Translating the navigation buttons implies “relatively popular” and “those suited for illustrations”, so there may be mixed reasons that we see these released in whichever order they continue to come out.

Lastly, today is also Maiko Shinazaki’s day in Genei Ibun Roku #FE news. Not only was her character spotlight video released today, but toi8 graced us with another piece of artwork for her, and her voice actress’s interview was updated on their blog as well. 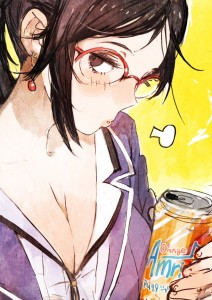