It’s been almost three years since Fire Emblem Awakening arrived in the West and a whole year since fans first poked through the game’s files in hopes of finding hidden treasure. 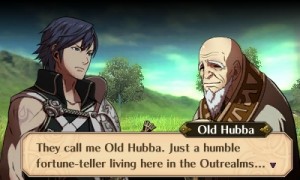 However just yesterday, robotortoise over on the Fire Emblem subreddit stumbled upon an undiscovered nugget: Old Hubba, the comedic fortune-teller from the DLC episodes has his own profile in the Roster, albeit unused.

An old man who just sort of showed up. Mostly useless, though he can assess relationships. Oh, and he’s a few millennia old or something. The one with the wildest love life. Born on February 29th.

Having checked the files myself (from my own legitimate copy of Awakening), I can assure you that his whimsical profile is genuine.

In the actual game, the Roster only contains profiles for story characters and Old Hubba is not one of them. Although if he was a story character, this is what his profile would look like: 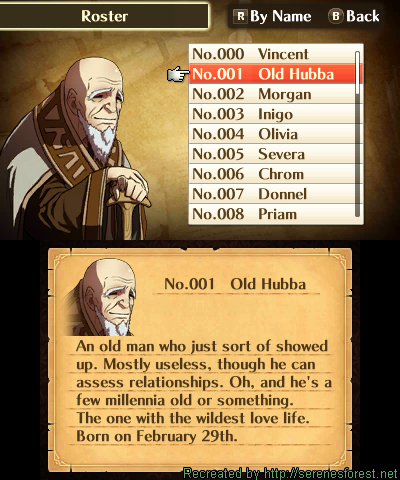 While it’s possible Old Hubba may have been a story character at one point, hence his unused Roster profile, this might not necessarily be the case.

Unlike the other story characters, Old Hubba’s birthday (which is on a Leap Year by the way) is explicitly written, while everyone else has theirs generated from the birth day and birth month stored in their unit data.

In addition, Old Hubba’s name doesn’t appear in the list of units, unlike other characters such as Andrea, Tracie and Leopold who were cut.

In my opinion, it’s more likely Old Hubba was a NPC who originally joined during the campaign for the purpose of accessing the Hubba Tester. But in the end, the Hubba Tester was relegated to the Extras menu instead.

Special thanks to shadowofchaos for the Japanese file.

That’s not all though, as Old Hubba’s unused profile in the Japanese version (translated by me) reveals a little bit more.

An old man who appeared out of nowhere. Terrible at fighting, but can gauge relationships. When the company marches, he sits in a corner of the convoy hidden by the luggage. Apparently he’s been running a fortune-telling shop for over a millennia. The one with the most experience of love. Born on 29th February.

In particular, the line about Old Hubba occupying Chrom’s convoy is further evidence that he was a NPC in the same vein as the merchant convoy from Path of Radiance and Radiant Dawn.

Secondly, take note of the reference to a “fortune-telling shop”. What seems to be an unimportant comment discarded by the localisers may in fact be hiding something far more significant.

If you weren’t aware, Awakening wasn’t the first game to feature a relationship tester–that would be Genealogy of the Holy War.

Now here’s the mind-blowing part: in Genealogy, the relationship tester was located in an area of the castle specifically called a “fortune-telling shop”. Not just that, but check out the guy running it… 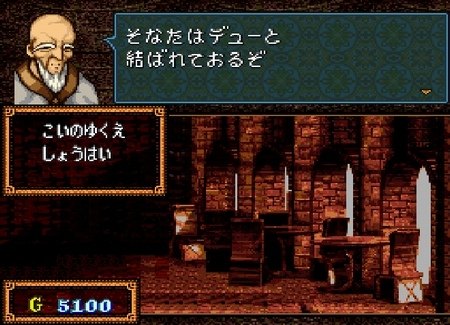 That shiny forehead… those bushy pair of eyebrows… and that amazingly well looked after beard. Could it be…?! 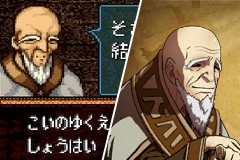 To further cement the deal, according to the developers, Marth’s games occur in the same world as Genealogy of the Holy War, most likely long afterwards, while Awakening takes place approximately two millennia after Marth’s era.

Old Hubba’s profile even mentions that he’s been around for millennia, so he could definitely be around during the events of Genealogy.