It’s been just over a week since Vestaria Saga I was released. So far, a good number of fans have been enjoying the game, over on our forums, reddit, NeoGAF and other places.

For those of you brave enough to play the game despite the language barrier, but who are finding it difficult to decipher the menus, we made this for you!

Hint: You can click the images to enlarge them. 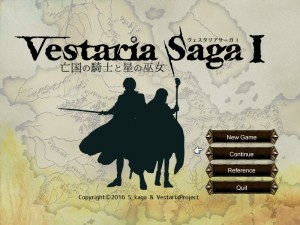 This is what you see upon booting up the game. The menus options are self-explanatory.

The “Reference” option loads up a manual of sorts, but right now, all the information within can be found in the game’s official site. 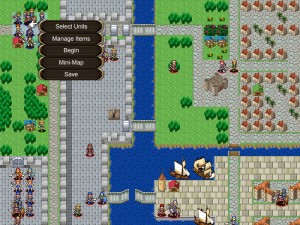 After a couple of missions, you’ll gain access to the battle preparations menu before a mission. Here, you can choose which units to deploy by going to “Select Units”.

Units highlighted in yellow must be deployed. The maximum number of units that can be deployed is shown along the bottom of the screen. You can toggle units to deploy by selecting them. 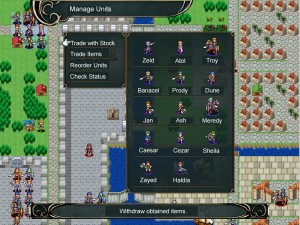 This menu appears when you choose “Manage Items”. Here, you can withdraw and deposit items by going to “Trade with Stock”. The options from left to right are Withdraw, Deposit and Deposit All. 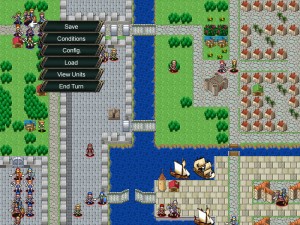 This menu appears when you select an empty space on the map. At the beginning of the first turn and every 5th turn–and before you’ve moved any units–you can opt to save your game using the first option (otherwise it’s missing).

“Conditions” displays the victory (on the left) and defeat (on the right) conditions for the current mission. These conditions can vary a lot according to the specific mission, so a separate guide is required.

“Config” brings up a variety of game settings that can be adjusted: 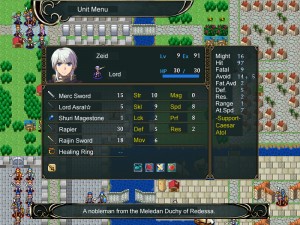 You can view a character’s stats by pressing Cancel when highlighting them or from the “Check Status” option during battle preparations.

The stats should be familiar to Fire Emblem fans, but just in case…

On the right hand side: 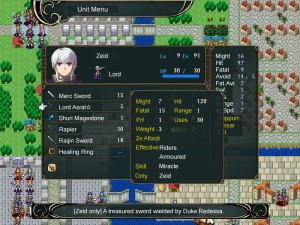 While on the same screen, pressing Confirm will allow you to check a weapon or item’s stats.

Finally, when selecting a character on the map, there are a variety of commands available to them, depending on the situation. Below are some common ones you may find:

If we’re missing anything or you need more help, let us know in the comments!