If you’re an avid review reader, then you’ve probably heard of Famitsu, one of Japan’s most prominent gaming publications. Today, Famitsu published an article covering their ratings of Fire Emblem Echoes Shadows of Valentia. Fans can continue to have high hopes for the game, as Famitsu awarded the game with a 37/40, which is the highest score they’ve ever given to a Fire Emblem game. 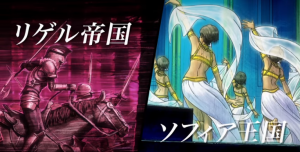 One of our reliable translators, Kirokan, was kind enough to fully translate the Famitsu reviews:

A full remake of Fire Emblem: Gaiden which was released in 1992. The story of the two protagonists has been expanded upon with new dungeon exploration and combat mechanics.

Although it’s a remake of a 25 year old game, there have been substantial additions that make it feel as good as new. From being able to use “Move” and “Examine” commands in towns to freely moving characters around on 3D maps to explore dungeons are just some examples of new features that breathe fresh life into the game. Despite these additions, players will find that the core appeal of the series –strategy and raising characters –is certainly there! Once you start, you will be so engrossed in the experience you will not be able to quit! – 9

A major point is how the fully voiced dialogue and animations make for an incredibly dramatic story. A lot of fun is in managing and training your units, where you steadily become more and more attached to each and every character through the conversations you see them have in the towns and at base. It is all done very naturally. I was enticed every step of the way with exploring the 3D dungeons and towns like one would in an adventure game, and the conversation scenes were always something to look forward to. It all left me with an extremely favorable impression of the overall work. – 9

Originally, Gaiden had been the black sheep of the series. But, with a complete remake that conforms to a new generation’s standards, it’s been given new life. The game mechanics such as switching between two armies, bringing along characters you like and want to train, as well as receiving quests from towns makes this a game where players will constantly enjoy and look forward to progressing. Very little is left to the player’s imagination because the story and characters are so perfect and complete. Very dramatic! – 10

A flexible growth system and emphasis on “heroic adventure” were strong features of the original Famicom version. These points have been greatly expanded upon, with the player now able to easily visualize the full extent of the enemy’s strength and range. They clearly aimed to make the game easier to play down to the finest details. The original story and fantastically depicted characters are complemented perfectly by the scenario’s structure, and, while still simple, it is incredibly easy to empathize [with the characters]. This is a must play for veterans of the original!  – 9

In addition, here’s a breakdown of the other area released in Famitsu’s article, covering forging.

This week’s Famitsu also includes a big Fire Emblem Echoes blow out just in time for the game’s launch. However most of the information was already covered in previous issues or is available from the recent official site update.

The only new piece of information (if you haven’t been following the leaks) is an explanation of the new forging addition. Like in previous games, certain weapons can be forged to improve their Might and Hit stats (and possibly Crt).

The stars under a weapon’s name indicates the strength of the forge–the more the better. As hinted in the PAX East footage, Silver and Golden Marks are used to pay for forging. To forge a Steel Sword straight up to 5 stars requires 300 Silver Marks, for example.

In addition, some weapons can be transformed into other weapons. In the example shown, the player hands over 10 Silver Marks to transform a Rusted Sword into an unknown weapon, which then reveals itself to be a Steel Sword.

By the way, a little spoiler: The final result of a rusted weapon is determined once you obtain it (or as soon as it’s generated if an enemy can hold one).

With little time between now and the official release of the game, fans can continue holding on to their excitement, as the hype certainly isn’t slowing down.