Starting today, owners of the Japanese version of Fire Emblem Echoes: Shadows of Valentia can access the penultimate–and biggest–wave of DLC. 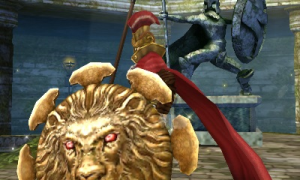 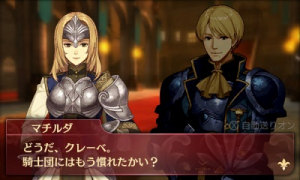 This includes 10 brand new Overclasses via the “Sealed Altar” set and 4 new story missions via the “Prelude of the Deliverance” set.

There’s also the final free DLC, “Gift from the Goddess 5”, which awards a third Villager’s Fork plus a Talisman item that permanently raises Resistance by 3.

Fans in the West don’t have to wait long since the Overclasses arrive tomorrow, while the Deliverance missions will be available a week later.

Below is a detailed breakdown of the new content added today.

Note: Names are all based on the Japanese version and will likely change in the English release.

Available from the “Sealed Altar” set. Characters can Class Change to a Overclass after reaching Level 20 in their final class.

All Overclasses come with new abilities, plus slightly higher maximum stats. Like usual, you may use a Villager’s Fork to return to a Villager (Yaksha can Class Change back to Villager at Level 10).

Available from “Gift from the Goddess 5”.

Available from the “Prelude of the Deliverance” set after completing each mission under certain requirements.

Forging data will be added soon.

Available from the “Prelude of the Deliverance” set. Each support rank triggers a new support conversation.

As far as we understand, support conversations unlock immediately, but are restricted to one per map (per pair).