Today, during Nintendo Treehouse’s coverage of Fire Emblem Warriors at E3, we not only got to see about 10 minutes of gameplay, but were also introduced to two new supported amiibo for the game!

Chrom and young Tiki will be joining the amiibo lineup, most likely being released with the game itself. 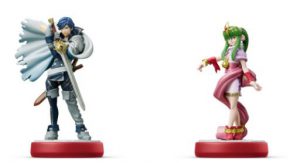 Additionally, while there was a lot of discussion brought up during the gameplay, some dialogue from Nintendo did make some statements addressing the high volume of sword users and limited characters being available, stating that it will not be something to worry about.

Finally, some pre-orders are up for Fire Emblem Warriors. Click here for the New 3DS version, and here for the Switch version.