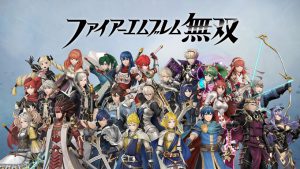 To celebrate the occasion, Nintendo and Koei Tecmo have revealed the game’s opening movie. For those concerned, there are next to no spoilers, unless you’ve been actively avoiding the character reveals.

Speaking of, the final playable character (to our knowledge and not counting DLC) has been announced–and rather fittingly, the honour goes to Anna, the series mascot. On this occasion she fights with a bow like in Fates, although she’s a Trickster like in Awakening.

From here, we still have the DLC to look forward to (there’s a glimpse of the Bridal Lucina costume at the end of Anna’s trailer). Plus, of course, the game’s release in Western territories on 20th October 2017.