Feh is back, and with quite a bit of news to enter the holiday season with. She covered quite a bit in her latest Feh Channel update, including new plot events, weapon forging, new character additions of fan favorites, and much much more.

If you were hoping to catch the latest Feh Channel update, but either missed it or just require a re-watch, well check it out!

For starters, Feh shares news about a Choose Your Legends update. They’ll be in the Farfetched Heroes banner, available tonight. We learn about the next bunch of four units earning credit as Choose Your Legends heroes, featuring Dorcas as the clear cut winner; 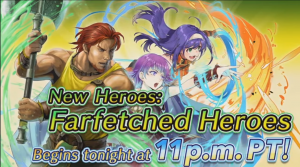 Lute, Mia and Dorcas will be part of this banner. Of course, there will also be some paralogues to collect orbs from, as well as missions with typical requirements. 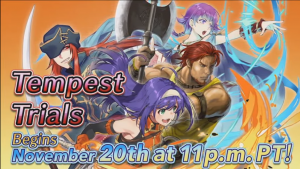 If you’re wondering where Joshua is, don’t worry. Joshua will be a reward in the next Tempest Trials, slated to start on November 20. The folks over at GamePress were talented enough to mine out the artwork of the four early, so if you want a sneak peek, enjoy!

After that, we learn about Version 1.9. Notably, Staff Users are getting a big boost, learning new skills. 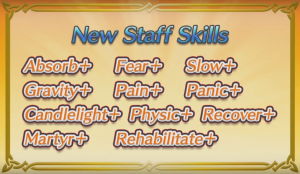 Sakura unlocks Fear + and Physic+, featuring Increased Mt by 7, and Atk-7 on Target and AoE within two tiles, while Physic + heals for more (50% of target’s HP). All skills for staff users that are exclusive (Martyr, Absorb, etc) get a + version! 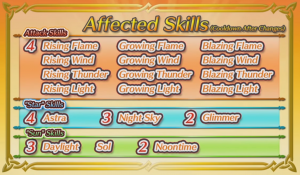 Additionally, 18 special skills are having cooldowns reduced by 1, which is sure to mix things up all over the world! This includes many commonly unused skills (Sol, Glimmer, Astra, Night Sky, Daylight, Noontime) as well as all AoE skills (Blazing Wind, Growing Light). 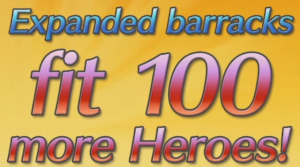 Summoners can also get a free barrack expansion of 100 slots, regardless of how much it’s been expanded to.

Also, all maps will have required stamina consumption caps set to 10 for story and event maps, making missions and stories that much easier to complete.

The Weapon Refinery will also be unlocked, after beating the Rite of Blades story maps. 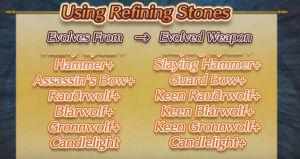 You can upgrade your weapons in a variety of ways, by spending unit SP as well as Arena Medals and Refining Stones, and the weapons will give different stats, not just attack (such as Def +4 and HP +5, in addition to a MT boost). 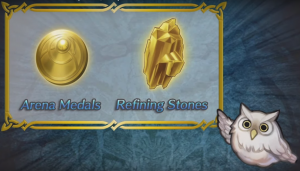 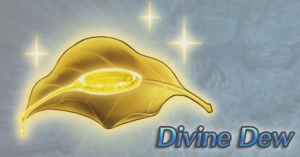 Arena Medals and Refining Stones will be available from beating the Arena, completing missions and more. 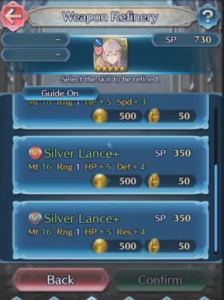 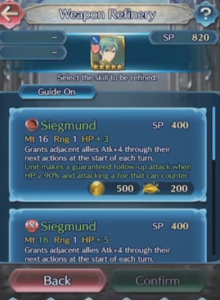 This isn’t limited to simply effect-less weapons, either. Shown during the video is Ephraim, upgrading Siegmund to  have 18 Mt and also builds in HP+3 as well as a new skill allowing him to assure follow-up attacks if HP >= 90%. 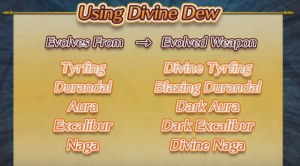 Special Weapons will require Divine Dew as a byproduct of upgrading other weapons with Refining Stones.

Possibly most excitingly, is that special weapons like Killing Edge+ and GronnWolf+ can be upgraded to Slaying Edge+ and Keen Gronnwolf+, as well as Tyrfing to Divine Tyrfing…there’s going to be a lot of new combinations.

We’re also getting a Legendary Hero Summoning Event, which will feature a special focus including eleven heroes such as Bride Cordelia, Spring Camilla, Hector, Celica, and the new mysterious hero.

This has an 8% summoning chance…that’s huge! On November 27, this banner will be available! Oh yea, that legendary hero? It’s Fjorm, of the Ice Kingdom. 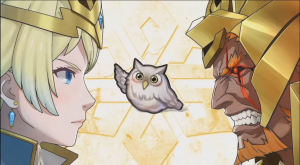 Finally, we’re treated to a beautiful video featuring a video highlighting a new Askrian Lance hero, as well as three new villains, in an intense showcase of battle that is definitely a step up from the previous Heroes videos. The video follows an Ice vs Fire theme, covering the new story Book II. 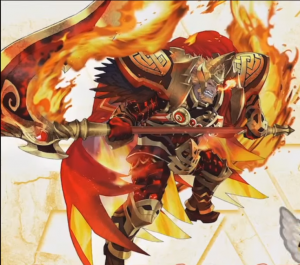 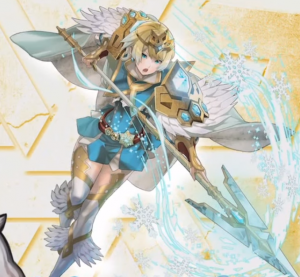 Surtr, Ruler of Fire vs Fjorm, Princess of Ice, looks to give us a lot of combat. Chapters 1 and 2 of Book II will be available right away, with more available in the future.

What’s great about Fjorm? She’s free, with the completion of the Chapter 1 of Book II, via the Legendary Hero Summoning Event. 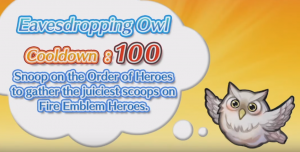 As Feh says, keep an eye on the Eavesdropping Owl, for sneak peaks at what’s yet to come. Details on this were unfortunately, left a bit vague.

This is really the Finally; at the very last minute of the Japanese version of the Feh Channel update made news about an official Fire Emblem Heroes manga, Fire Emblem Heroes Everyday Life, set to release. Visit https://fire-emblem-heroes.com/ja/manga for more details.

And that’s that! Hopefully, that’ll keep you satisfied and looking forward to continuing to play Fire Emblem Heroes!