After a long period of silence, we finally have new information and it involves our lovely cast of Fire Emblem Shadow Dragon. 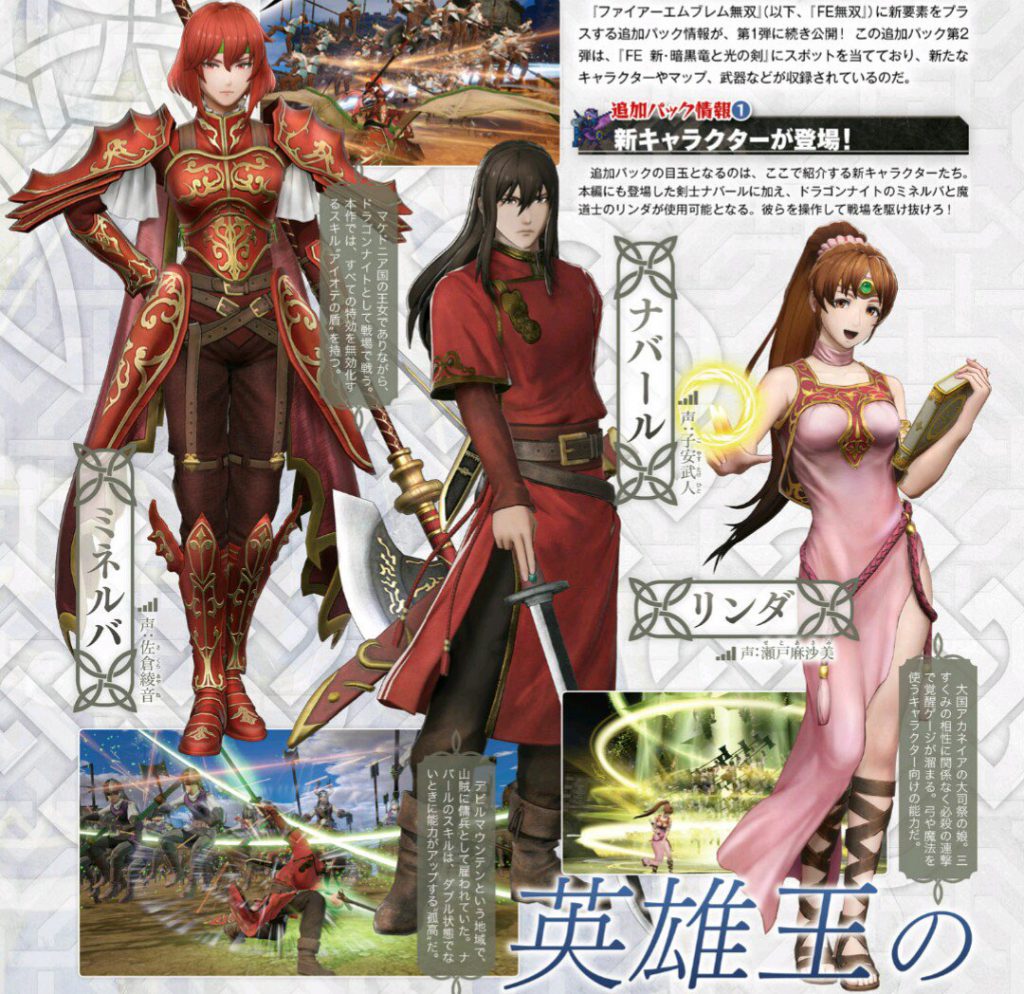 Images of Navarre, Linde and Minerva have surfaced, showcasing some potential Musou/Special attacks. Linde looking like she utilizes Aura for hers, along with much more info that we will be digging into.

We have four DLC outfits, one for Tiki, Marth, Caeda and Lyn each. 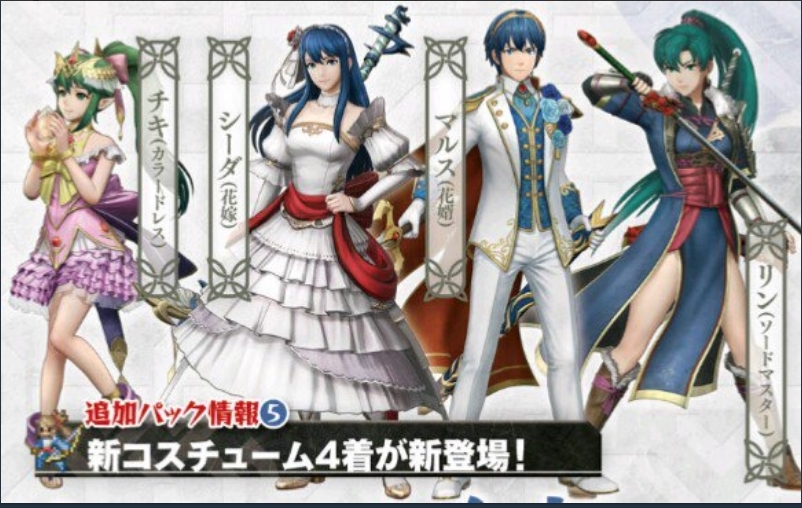 Marth and Caeda wearing some nice bridal and groom attire while Lyn dons her look from the Fire Emblem Awakening DLC. Tiki’s, I’m unsure of, but it looks really adorable. Marth’s look reminds me of Ichiro Ogami from the Sakura Wars franchise.

Twitter user Black Kite, who’s helped me in the past with both FE:W and Dynasty Warriors 9 info, has more on this famitsu update;

#FEWarriors will also get another update patch on SD DLC release for all that raises level cap to 130, adds new blessings & weapon skills, and allow you to skip confirmations at Crest Market pic.twitter.com/fvSeIYJ0jm

As per usual we have threenew history maps, several new weapon skills, a raised level cap, among several other additions, these new skills should prove beneficial to building some characters in interesting ways.

This seems to be releasing February 15th, so prepare yourselves for it.

When more information releases I will update this.