Fire Emblem fans in Japan can look forward to an exciting event next month: Fire Emblem Cipher Festival 2018. Like the previous two years, the event will occur at two separate “east” and “west” venues, on different days. 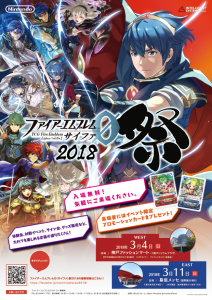 Since its inception, Fire Emblem Cipher Festival celebrates all things Fire Emblem, although there is of course a big focus on the Cipher card game. Fans can enter for free and enjoy a variety of activities. Below, we’ll outline the event details. 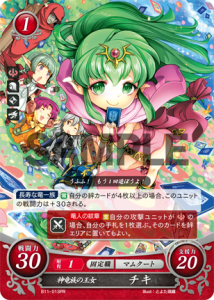 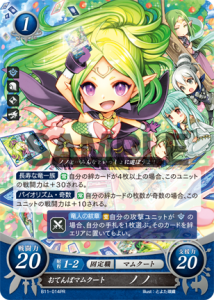 First things first, everyone who visits will receive a pair of cutesy (young) Tiki and Nowi promotional cards. These will be handed out once the event ends and each set is limited to one per person. So no leaving and re-entering to grab loads!

On the main stage, there will be introductions, mini concerts, tournaments (both friendly and competitive), talk shows etc. The presenters are Takahashi Minami (Peri and Alice) [West] and Yamamura Hibiku (Rinea and Shade) [East].

Several Cipher illustrators, plus Ike’s voice actor, will be appearing for signing sessions. Priority tickets for a specific guest are given to those who purchase at least one piece of merchandise. To speed up the process, signing sheets (shown above) will be provided.

You can’t have a Fire Emblem event without things to buy. Those who spend over 1000 Yen in one transaction are eligible for a Delthea promotional card, which was previously available from Comiket 93. 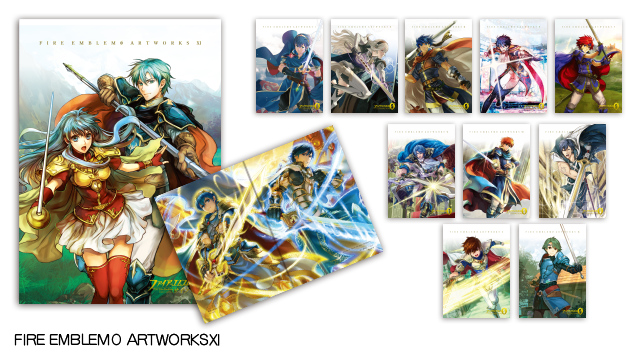 If you haven’t seen these before, they’re thin glossy art books with a dozen or so full page illustrations. XI is the new one here–based on Cipher Series 11 Glorious Twinstrike, which gathers characters from The Sacred Stones, Echoes and Warriors. 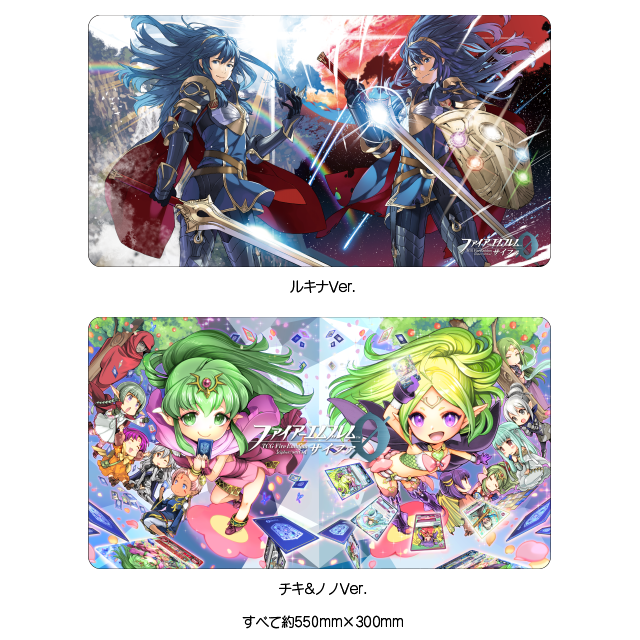 These can be used for playing Cipher or similar card games, or just for displaying etc. Comes in Lucina and Tiki+Nowi varieties. Apparently the Lucina artwork is brand new and probably comes from Series 13. 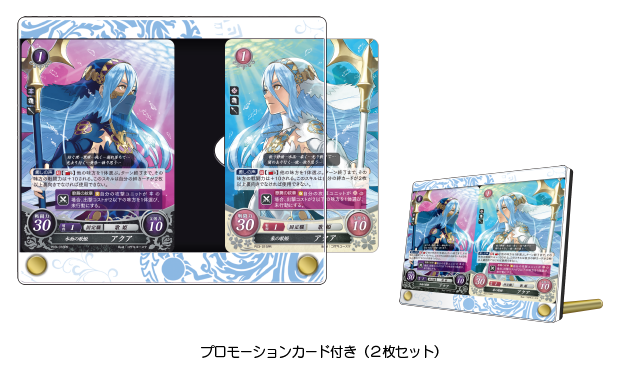 A very fancy card stand that can display two cards at once–perfect for the many joined art cards out there. Also comes with a pair of marvelous Azura promotional cards illustrated by Yusuke Kozaki, which were given out during earlier events. 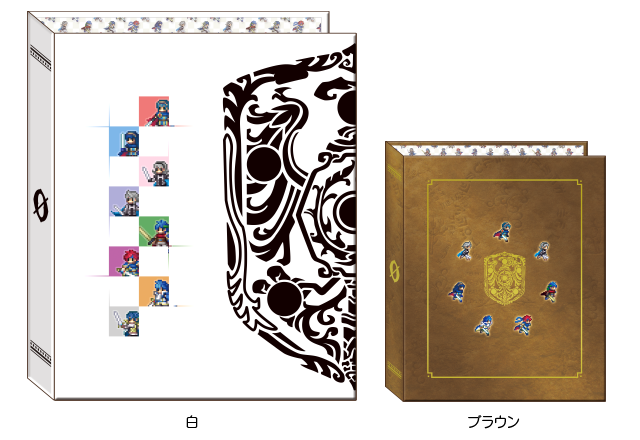 The perfect way to store and show off your Cipher cards. The one on the left (white version) is new. For those unaware, the new sprites on these binders were designed for merchandise purposes and do not reflect future game plans. 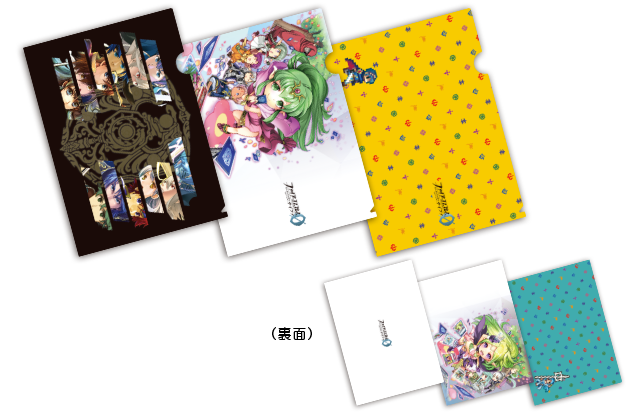 A set of 3 highly desirable clear files, for storing a few documents or just for collecting. The front designs are shown along the top, while below are the back designs.

These are keychains that also double as display pieces when combined with a stand. They come blind-bagged, so you’ll have to be lucky (or smart) to get the character(s) you want. From what I can tell, these are all different from the ones at Comiket 93. 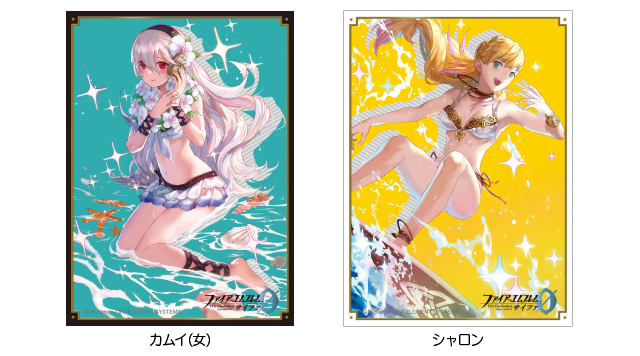 A pack of sleeves featuring either artwork of Summer Corrin or Summer Sharena. These were previously included in the two players boxes at Comiket 93. Given how rare and pricey the boxes are, it’s nice to have the sleeves available separately. 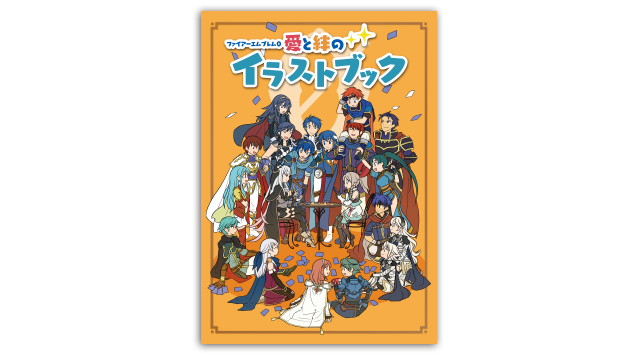 A book containing commemorative illustrations for Cipher‘s 1st and 2nd anniversaries. During Comiket 93, it was included in a bundle together with a special talk CD. If you missed it the first time, now’s your chance to snag it!

Last but not least, there will be starter decks and booster packs etc. for sale as well.

Fans can collect stamps from designated zones inside the venue. Those who gather 3 or more stamps can choose 3 special marker cards to take home, from a choice of 13. Hmm, better choose wisely! 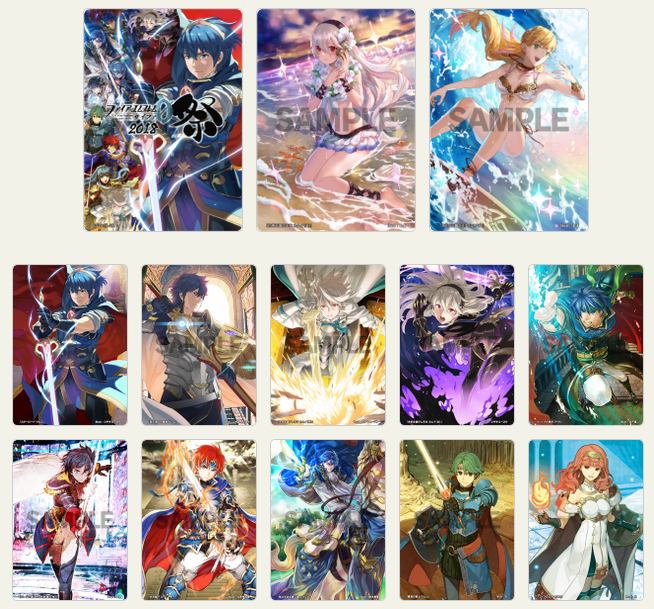 The zones that give stamps: 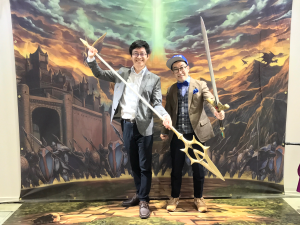 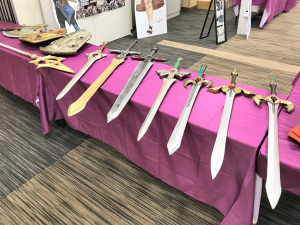 Said to be a mysterious land of dreams.