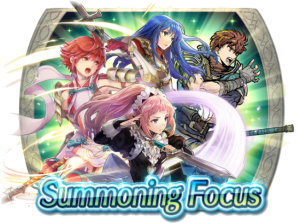 As you may recall, all four of these units received upgraded weapons in the recent 2.2 Update. Not only do they each get a new unique weapon, but you can upgrade those weapons further in the Weapon Refinery to be even better!

This new banner will be available for about two weeks, ending on 5 March.

Additionally, Heroes has had a few other small updates throughout the past couple days. Starting with today’s new season, Heroes has made some changing to matchmaking in both Arena and Arena Assault. The goal of the change is to better match players by strength.

The second new Warriors map is also available. These new maps feature Linde, and you can beat all three to earn up to three Orbs. Check them out in the Special Maps menu. The final map, this one featuring Minerva, should be coming out soon.

Finally, the “A Hero Rises” voting event is now over! As of yet, Heroes has not announced who the winner of the event was, but hopefully we should fine out soon. The winner of the event will be available to everyone as a free 5★ unit after beating a new paralogue scheduled to be released before the end of the month.