We’re now another week closer to the release of Series 12 in Fire Emblem Cipher! @fecipher has had a busy week sharing lots of reveals and other pieces of information for the upcoming set. Two new characters revealed this week are Ashnard and Rajaion from Path of Radiance! Ashnard has an N and R card, and Rajaion an HN.

The Tellius reveals continue with an N and SR card for Mist as well! We saw Mist’s N briefly during the Winter Livestream, but now we get a proper digital look at it. The SR is completely new and is the 4th SR for Tellius that we know so far in this set. Mist’s SR goes well in tandem with Berserk Ike, protecting your allies from his murderous rampage. 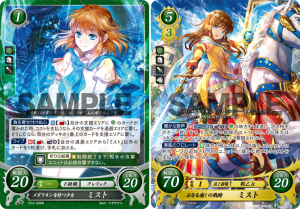 Speaking of SRs, Nowi snags her first SR this set, with some beautiful artwork by kawasumi! Nowi is the second SR representing Awakening that we’ve seen so far this set. 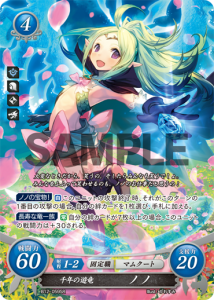 The remaining reveals of the week go to Genealogy of the Holy War. Both Beowolf and Oifey get two cards in the yellow portion of the set, one N and one HN each. Oifey’s card represent his appearances in both generations of the game. 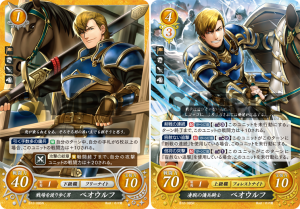 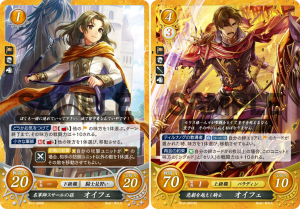 Additionally, the official FE Cipher website updated today! The updates give us a look at some of the goodies that will be included in booster boxes of the set.

Preview promo cards are back, after taking a short break in S11. The preview promos feature Fjorm and Laevatein from Fire Emblem Heroes, one of the featured games of the upcoming S13. Like other preview promos, these cards use their official artwork instead of new Cipher-exclusive art. 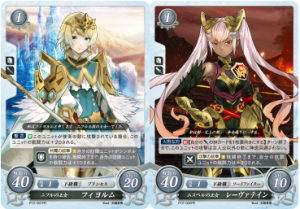 We’ll also be getting new marker cards along with the preview promos! Each marker features a collection of art of various Cipher lords. Each booster box will contain a pack with one preview promo and one marker card chosen at random. 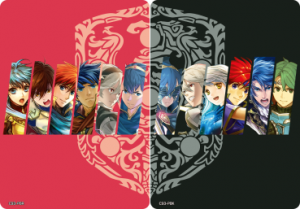 Promo sleeves are also making a return, this time using promotional art for Path of Radiance and Awakening. Like the promo and marker cards, a pack of fives sleeves featuring one of the two designs will be in each box. 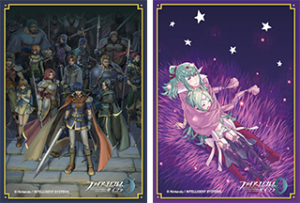 Finally, reddit user Microwaveit sent me some photos of their trip to Cipher Sai West in Kobe last weekend! Take a look below for a glimpse at one of Cipher’s most exciting events. The next event, Cipher Sai East, will be held in Chiba this Sunday. 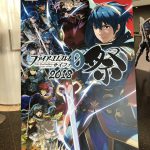 The front hall of the Kobe Fashion Mart greeted visitors with this Cipher Sai Poster. 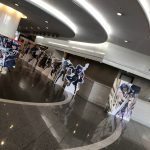 The entrance hallway was lined with standees of various Lords, and also a photo shoot opportunity! 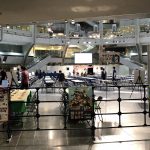 A view of the hall from the merchandise line. 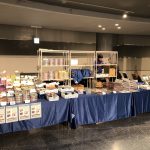 A shot of the merchandise booth after most visitors had made their purchases, 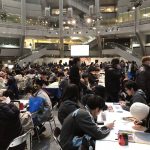 The tables filled up quickly, offering places to play Cipher matches and colouring pencils for a bit of creativity. 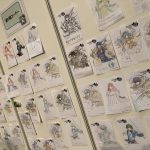 Many visitors coloured in images of their favourite Cipher lords, and the artwork was displayed in the hall. 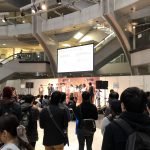 A view of the main stage of the event. At this time, the various Cipher artists were being introduced before their signings. 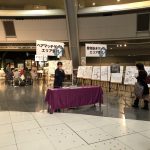 A view of the Cipher Land area which included some art pieces by the various Cipher artists. 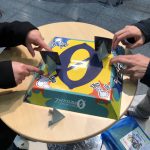 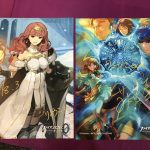 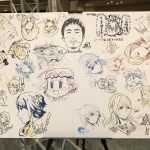 Some art drawn by the Cipher artists. 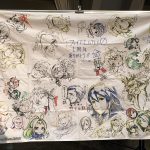 Some more art drawn by the Cipher artists.

Cipher Series 12 will release in just a couple weeks on 22 March! In the meantime, it’ll be an exciting month of news, reveals, and speculation. For further discussion about Cipher, feel free to join us in the Cipher subforum on the forums! You can also check out the Cipher Wiki for translations of the cards and more detailed information.