The newest batch of Special Heroes have arrived in Fire Emblem Heroes! If you have an interest in a summer variation of Linde, Young Tiki, Takumi, or Camilla, spend some Orbs on the interestingly named A Sketchy Summer banner! 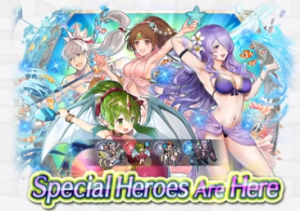 A new banner also means new maps to complete and Paralogue 22, A Sketchy Summer, offers three maps of varying difficulties. Complete them all, as well as the Lunatic quests, to earn 12 Orbs! The Paralogue quest details are listed in their entirety below. 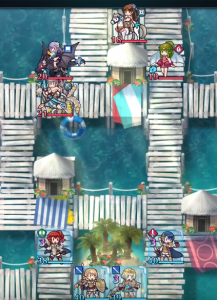 Keep in mind completing both Paralogue 21 and 22 will open up an extra Chain Challenge, giving you the chance to obtain an additional eight Orbs.

The A Sketchy Summer banner will persist until 9 August, giving you a month to try for your desired summer Hero.

Also, this month’s Special Orb Promo can now be purchased if you need the extra push. The July edition contains 21 Orbs and 6,000 Hero Feathers. As usual, you can only buy it once.

About the Author: Michael Freeman