Some changes and additions are on their way to Fire Emblem Heroes! The Version 2.8 Update Notification gives us an insight into what’s in store for the game’s future.

Feh already told us about some of these updates in the recent Feh Channel. However, there’s also some new stuff that she didn’t mention, including updates to Blessed Gardens and the Allies menu. Read on below for more details!

Version 2.8 will release in “early August”, but we don’t yet have a specific date.

A new tier, Grand Summoner, will be coming to the Arena in mid-August! Grand Summoner is one tier above the current highest tier, Tier 20: First Dragons. Players who manage to make the top 20% of Tier 20 during a season will be able to climb to this tier. Here’s the updated Arena Tier promotion and demotion information: 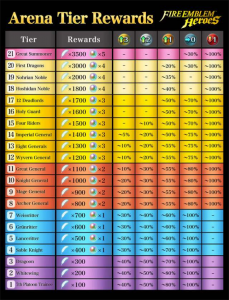 Additionally, all players will get a three-point score bonus for any enemies defeated by a Bonus Ally.

These changes will go into effect with the arena season that begins on 14 August.

As mentioned by Feh, Alfonse, Sharena, and Anna will finally be receiving weapon refinements!

As usual, these weapon refinements come in two parts. The first ability applies to all enhancement options whereas the second is a special ability. You can either choose to grant the weapon’s special ability, or give the hero a stat Might or Stat boost.

Heroes is adding a new type of map to Blessed Gardens: Grounds. Grounds battles will feature multiple maps that require you to use different teams, like as in Squad Assault or Arena Assault.

There is no mention of how these new Grounds maps will utilize the Blessings requirements. Perhaps you will have to defeat multiple maps with lots of allies of the same Blessing type, or the Blessing type might change from map to map.

Grounds maps will be arriving in Blessed Gardens on 26 August. 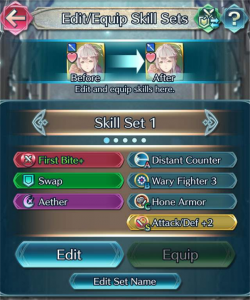 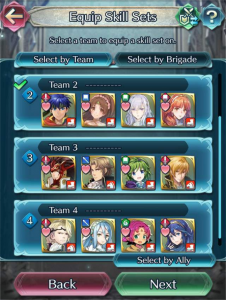 Additionally, the Favourites feature will be getting a bit of an update. You’ll now be able to give multiple types of favourite marks to your heroes, and also assign them priority. 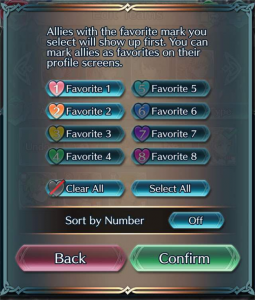 Furthermore, starting with the new update, all players will get more Teams and Brigades avaialble! The maximum number of Teams will be raised to 15 (currently 10), and Brigades to 8 (currently 5).