Feh flew in as quickly as her little legs could flap, to get us news on the CYL versions of Ephraim, Hector, Celica, and Veronica, in this year’s Arrival of the Brave event! 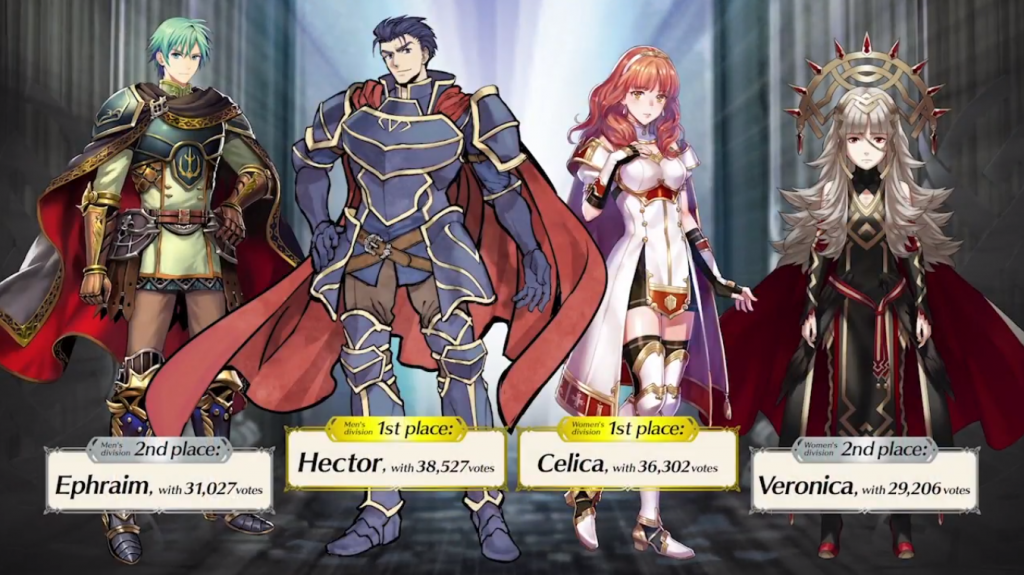 Arrival of the Brave kicks off in just a few hours, and just like last year, you”ll be given a free unit of your choice, as well as a free chance to summon during the event! Remember, Ephraim and Hector have swapped colors from their norm, and Veronica isn’t green, unlike her in-game enemy counterpart, so pay close attention when summoning!

Details on the units can be found below. 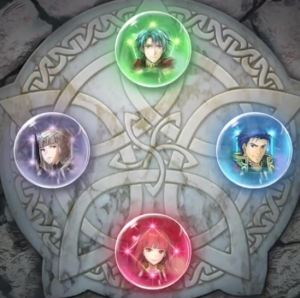 Don’t mix the boys up! 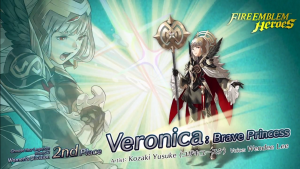 Veronica, a Cavalry Healer, with a very interesting skill combo. 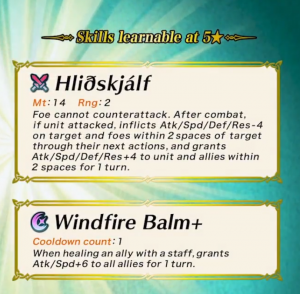 She comes with Hlidskjalf, a 14 Mt, 2 range staff that prevents counterattack, and after combat, if unit attacked, inflicts Atk/Spd/Def/Res -4 to target and foes within 2 spaces of target through their next actions, as well as boosts unit and allies within 2 spaces, Atk/Spd/Def/Res +4. That’s not even mentioning her Windfire Balm+ special, a 1 Cooldown special that when healing an ally with a staff, grants Atk/Spd +6 to all allies for 1 turn. She’s a supportive genius! 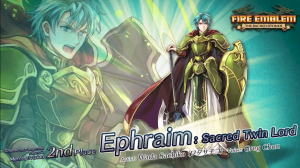 Next up is Ephraim, a green Axe Armor, wielding the mighty axe, Garm, atypical of our beloved warrior prince. 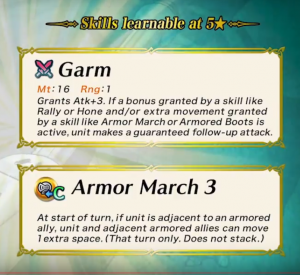 Ephraim’s Garm brings the typical 16 Mt and 1 Rng, as well as bestows an Atk +3 boost. Additionally, if the user has been buffed by a skill such as a Rally or Hone, or has boosted movement from something like or Armored Boots or Armor March 3 (which he has), then the unit makes a guaranteed follow-up attack. 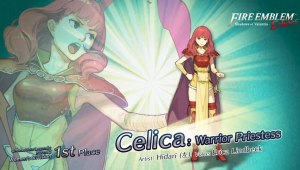 Celica comes up third, featuring a nod back to her original design, as a red Sword Infantry.

She comes with her Royal Sword, a 16 Mt 1 Rng sword which bestows Spd +3. Additionally, if she is within two spaces of an ally, grants Special Cooldowncharge +1 per unit’s attack. Surprisingly, she also brings the game’s first official level 4 skill, Death Blow 4, granting Atk +8  during combat if user initiates combat. 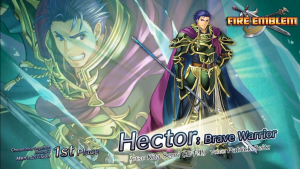 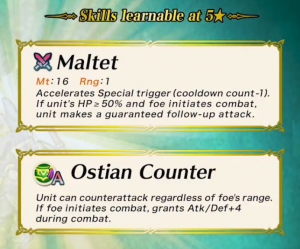 His featured skills include the lance, Maltet, a 16 Mt, 1 Rng lance which bestows Cooldown -1, as well as an assured counterattack if HP is greater than or equal to 50% as well as the new A skill, Ostian Counter, an combo Sturdy Stance 2 and Distant Counter. 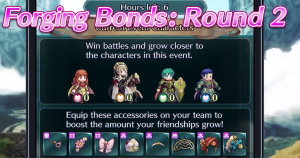 The new summoning event, Arrival of the Brave, kicks off in just a few hours, and comes accompanied with the second Forging Bonds, highlighting the incoming CYL Heroes, and bringing some new Accessories.