The latest Summoning Focus has arrived in Fire Emblem Heroes! The latest Adrift Banner is now available for all summoners. Spend some Orbs to summon up new alternate versions of M!Corrin, F!Corrin, and Camilla, as well as the brand new Mikoto. Check out our earlier article for a better look at these heroes. 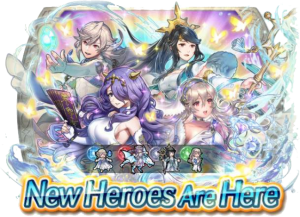 In addition to the banner, all four of these heroes also appear in the new Paralogue, also called Adrift. Beat all three paralogue chapters on all difficulties and complete the matching quests to earn up to 12 Orbs! We also get another Log-In Bonus to earn Orbs daily just for logging in over the next 10 days.

If you’d like even more Orbs to summon these new heroes, the November Orb Promo also begins today! For the usual price, you can buy 21 Orbs along with a special gift of 60 Sacred Coins. It’ll last the a whole month until the December promo comes out.

The Adrift Banner will last until 21 November. Presumably, we’ll get a new batch of heroes then, possibly along with Book III? This banner also officially concludes our most recent Event Calendar, so hopefully we’ll get another one of those soon.

Furthermore, the Version 2.11 Update is now available! You can update within Google Play or the App Store if your Heroes app doesn’t load the update automatically.

This update contains the new Aether Raids gameplay mode information, which also begins today! We also get access to the Heroic Grails feature. Check out our Feh Channel article for more information, or jump into the game and play through the tutorial yourself. Read on below for further details of the update changes.

A completely new gameplay mode called Aether Raids is now available! Check out our Feh Channel article for more information for now. We’ll update the site with more detailed information about this new feature once we know more about it. 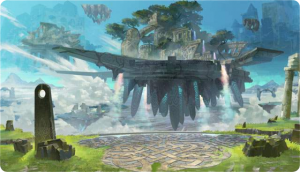 For now, jump right in and play through the automatic tutorial to get your first look. Aether Raids are located on the upper left corner of the Battle Screen. Next to the icon, your current amount of Aether is also displayed. 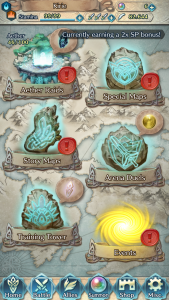 The first season of Aether Raids begins today and will run through 18 November. Afterward, news seasons will start with the daily reset on Monday and last for one week.

Heroic Grails are a new form of currency in Heroes. These Grails can be used to purchase 4★ summons for previous Grand Hero Battle and Tempest Trials heroes! Each hero can be purchased up to 20 times. 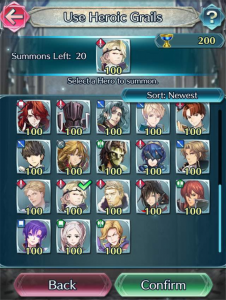 You can access the Heroic Grails menu in a new button at the bottom of the Allies menu.

Shanna, Saber, Bartre, and Florina each received a new weapon upgrade with this update!

Each of these heroes has a new unique weapon, and each of those weapons can be further upgraded in the Weapon Refinery. Here are the details:

Each hero needs to be at 5★ in order to earn their weapon upgrade. The weapon must be fully upgrades before it can be refined.