A new Tap Battle has begun once again in Fire Emblem Heroes! Flex your fingers and head to the Events menu for Illusory Dungeon: Labyrinth of Despair.

For now, you can complete the first 40 floors. A further 20 floors will be available each day, followed by three more Extra Stages once we reach Floor 100. Make sure to complete each stage to earn lots of Orbs, some new Accessories, and also other goodies!

Furthermore, Daily Quests start today and will last throughout this upcoming week until 18 November. On 14 November, a new series of Tap Battle quests will be available. Illusory Dungeon: Labyrinth of Despair itself will be around until 8 December. Presumably a new Tap Battle will arrive to replace it shortly afterward.

Grand Hero Battle: Julius has also returned to Heroes! This GHB Revival actually began yesterday, but I missed it in the flood of news and images for the new Tempest Trials. 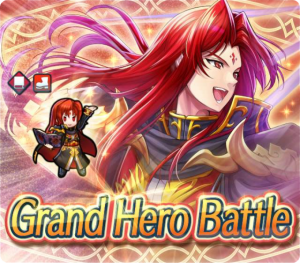 If you missed kicking Julius’s butt before, now’s the time to tackle him into submission. His battle contains a large amount of reinforcements, so be careful! You can also complete a new series of quests for Orbs and another 3★ copy of Julius. Check the in-game Quest screen for further details.

Grand Hero Battle Revival: Julius will be around until 16 November.