Another day means another news update for Fire Emblem Heroes! Today we see the release of a new calendar containing information on events that will be taking place from today until early January. 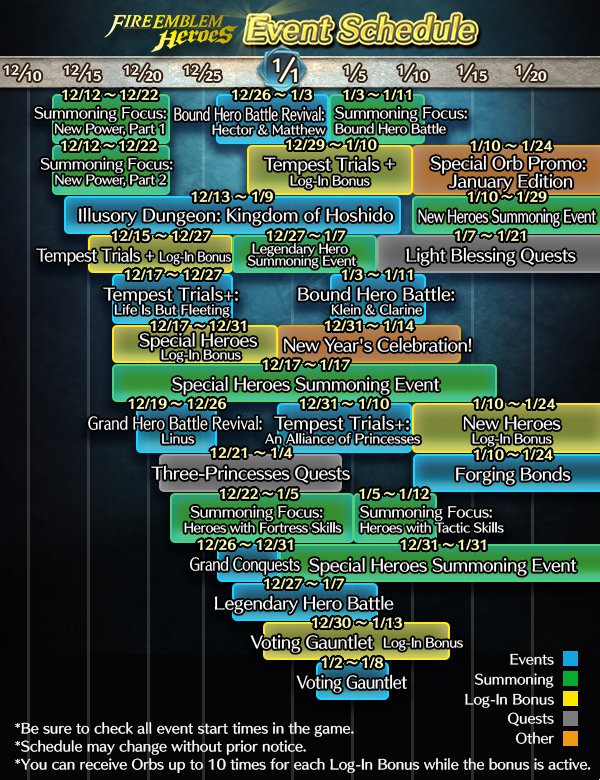 Please note that Intelligent Systems insists on using Pacific Standard Timezone (with a daily reset time of 11pm), so for most of us, this calendar is displaying events one day earlier than when they actually begin. IS had nothing more to say regarding the issue than “deal with it, eastern peasants.” They didn’t really say this, but it is probably what they are thinking.

So deal with it we shall. Here’s a list of all the events on the calendar in order of release date. It’s quite beefy, so click “Read more” to get the text break-down:

As already revealed in the calendar above, today is the release of two Heroes with New Power banners. With Navarre and Female Robin being Grand Hero Battle rewards only, they won’t make an appearance here. That still leaves us with 5 Heroes with New Power, so they have decided to split them between two banners as follows: 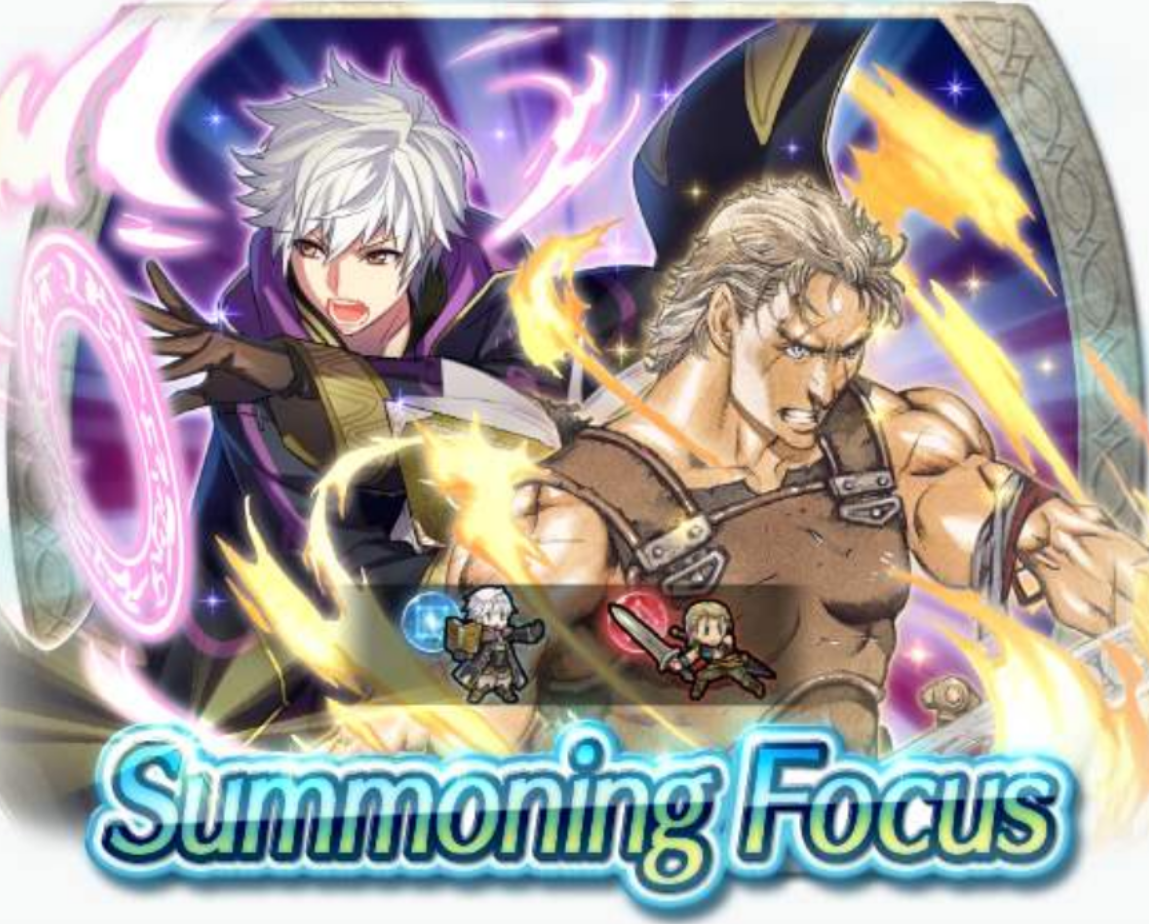 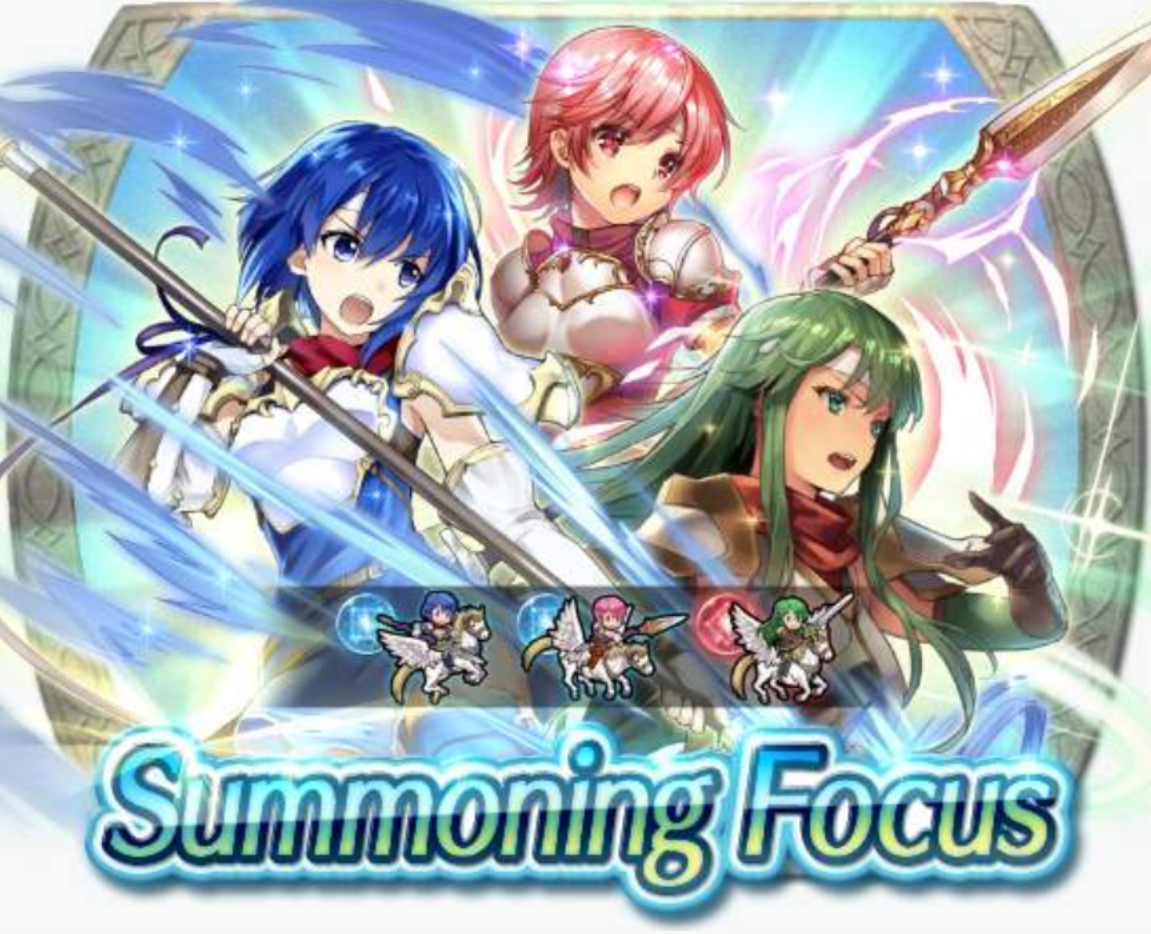 In Banner 1, Robin: High Deliverer and Ogma: Loyal Blade have been paired up to allow the three Whitewing sisters Palla: Eldest Whitewing, Catria: Middle Whitewing, and Est: Junior Whitewing to stick together within their own second banner. They could have placed all 5 Heroes together, but it’s nice that they have been separated, especially since there are two reds and three blues in total.

Also released today is a new Tactics Drill. “A Merciful Boost” is in the “Skill Studies” section, and will award you with 300 Feathers upon completion. 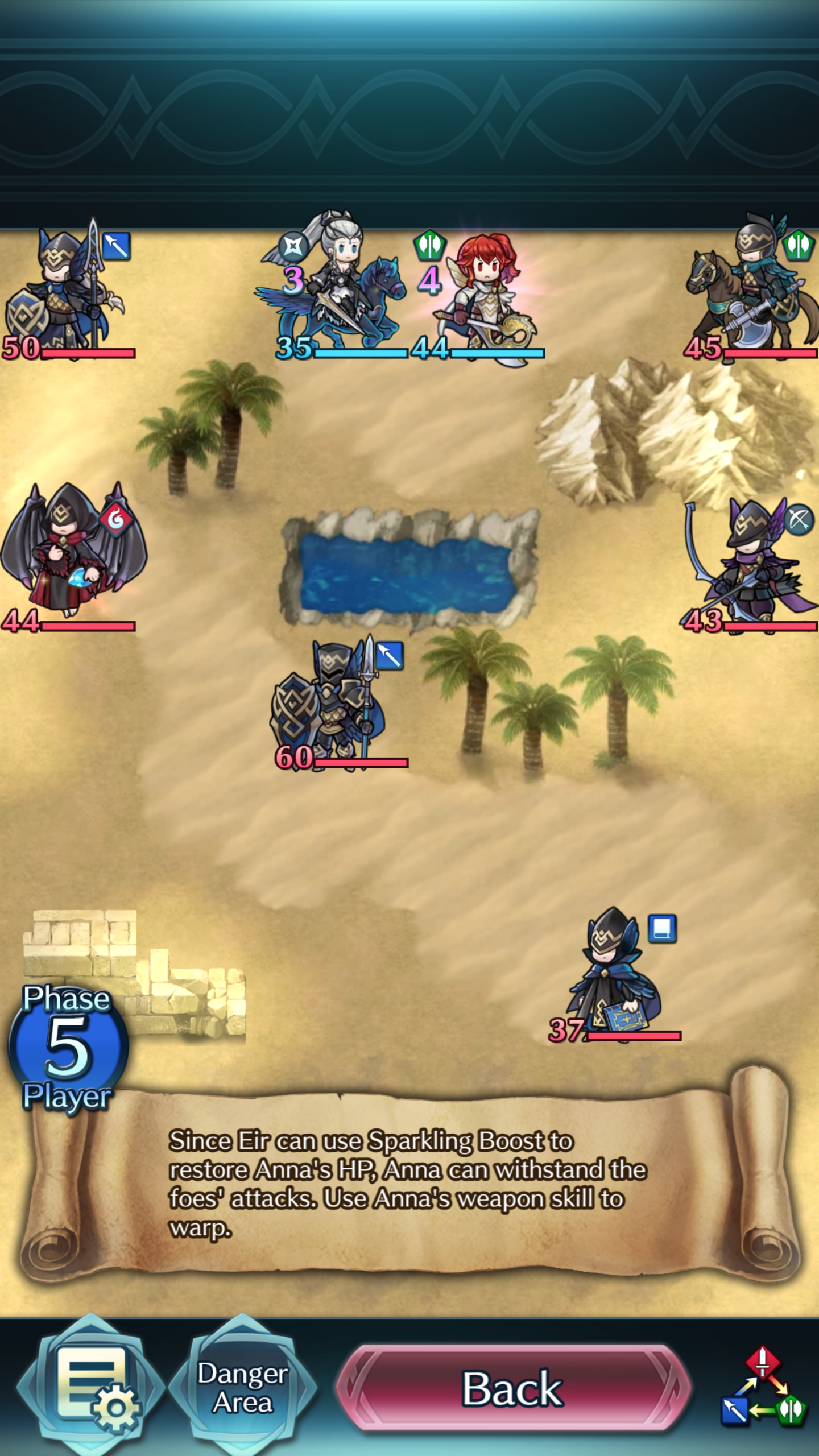 That’s it for today. Which upcoming events are you most looking forward to?