Our next Legendary Hero has finally arrived, and she’s a Dancer to boot!

Enter Azura: Vallite Songstress, a Blue Mage Flier with a Res boosting Water Blessing. She comes with a new weapon specifically designed for her, the Prayer Wheel, what might be both a highly valuable and highly controversial dance skill in her Gray Waves, and brings the game its first blue Duel skill, in B Duel Flying 3. She’ll fit right in for your Arena team, when she is in the Bonus batch of course. 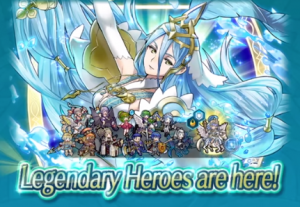 This Legendary Hero banner kicks off on December 27 at 11p PT, and wraps up on January 7 at 10:59p PT. Along with Azura, comes the usual batch of buddies available at 8%, equaling to three units per color. This group includes: 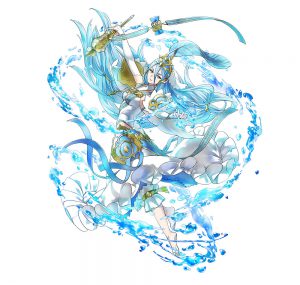