Fire Emblem Heroes has shared news of the next version update, which is scheduled for early January 2019. You can find the information via the in-game notifications, but for your convenience, we’ll go over them here.

Firstly, as teased in the latest FEH Channel, Heroes with beast weapons will finally be arriving. No new information was shared, so we still only know of Tibarn and Nailah. But existing skills have been updated to account for these new weapons.

Next, Legendary Effects and Mythic Effects will play a slightly bigger role. In Aether Raids, Legendary Heroes will receive Mythic Effects if a Mythic Hero is present and both of their elements are aligned with the current season.

Likewise, Mythic Heroes will receive Legendary Effects if a Legendary Hero is present and both of their elements are aligned with the current season. This applies for all battles outside of Aether Raids, except Blessed Gardens.

For example, the current season is Water, Wind, Light and Dark. So if you have Legendary Fjorm (Water) and Mythic Eir (Light) in the same team, Fjorm will get a stat and Lift boost in Aether Raids, while Eir will get a stat boost in Arena etc.

To accommodate this change, Aether Raids will now begin on the same day as Arena, starting from 15th January 2019. Also, the Aether Raid season starting on 7th January 2019 will run for one more day than usual.

Jugdral fans rejoice! Four Heroes from Genealogy of the Holy War will be getting new weapon refines. Tailtiu gets a new weapon skill, Tome of Thoron, which can be refined. Meanwhile, Seliph, Julia and Deirdre can refine their original weapons.

Last but not least, young Azura and Gharnef will be added to the pool of Heroes that can be summoned via Heroic Grails.

That’s it for 3.1.0, but the fun doesn’t end there. During February 2019, presumably when Version 3.2.0 launches, the Merge Allies function will be receiving a slight–but very welcome–upgrade.

As you may know, most Heroes have a slight stat variation, where one stat is increased and a different stat is decreased. Some people call them Boons and Banes or *shudder* IVs. But now they’re officially called Asset and Flaw, like in Awakening. 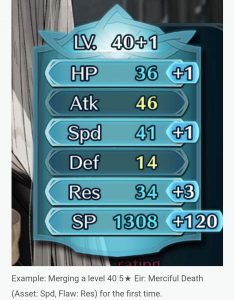 Terminology aside, the first time you use Merge Allies to raise a Hero to +1, their Flaw stat will be effectively cancelled out. That means if you’re sitting on a great Hero with an unfortunate Flaw (like my -Atk Alm), you can potentially correct it!

That said, you will need to own a duplicate to make use of this new feature (uh oh, there goes my Alm dream). Fortunately, Heroes that have already been merged prior to this update will have their Flaw cancelled after the update is applied. 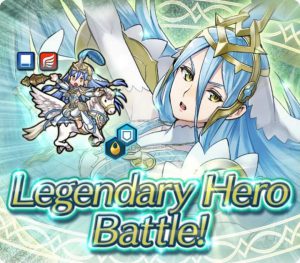 Back to the present. As a reminder, the Legendary Azura summoning event is now active. Like similar events, there’s a series of Legendary Hero Battles where you can challenge the Vallite Songstress herself.

Just in case you missed it, Matthew and Hector’s Bound Hero Battle came back yesterday. Even if you beat up the Ostian master and vassal way back, there are a couple of new quests that award up to 5 Orbs when completed.

Finally, with today’s data update, the hard-working data-miners out there have uncovered the identity of the upcoming New Year seasonal Heroes. Well, well, it looks like that clue was correct after all…