Our first four Beast units have just arrived in Fire Emblem Heroes! Spend your Orbs on the Rulers of the Laguz Banner for your shot at Tibarn, Reyson, Leanne, or Nailah. If you’d like to see more details, you can also check out our earlier article for their preview trailer and a text breakdown of their skills and abilities. 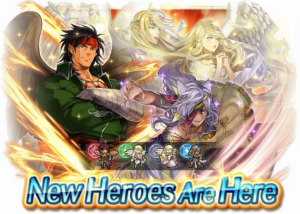 This banner also comes with two opportunities to see these heroes in action right away: a new main story chapter and a special event! Book III, Chapter 3: Countdown gives us our very first glimpse of the new heroes. Complete all five chapters and their associated quests to earn up to 20 Orbs!

Our four Laguz also take centre stage in the latest Forging Bonds: Hearts as One. Sharena takes the time to show everyone around the castle and the Order of Heroes. 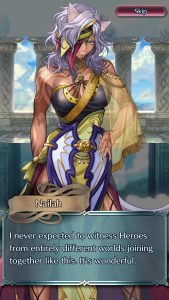 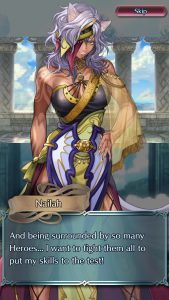 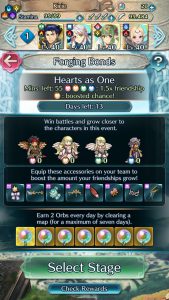 As usual for Forging Bonds, compete in battles with accessories to gain the Friendship of our four newest allies. You’ll unlock special conversations with them, and also earn some rewards along the way!

The rewards structure has changed slightly from previous events. You now get a First Summon Ticket at 400 Friendship (instead of Hero Feathers), and also 10 Heroic Grails at 3500 (instead of one Orb). Other rewards appear to be the same.

If you’re wondering what else will be going on over the next month, you’re in luck. A new January/February Event Calendar is now available! 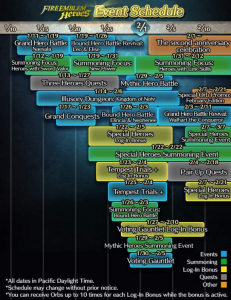 The calendar contains two new Special Heroes banners and also our first Mythic Heroes Summoning Event. The 2nd Anniversary Celebration for Heroes will also begin in early February! Click on the Read More for a text breakdown with date correction.

Event Calendar for January and February

Note: The events listed here are written one date later than the dates listed on the calendar, to reflect the dates/times that are most accurate for the majority of Heroes players. Adjust your own calendar accordingly as necessary.