It’s been on the board for a while, but our week of fun has concluded, as the Choose Your Legends 3 event has come to a close. Votes will be tallied up and released by IS (and visible on their Twitter feed soon enough), but for now, we have a new Hero to worry about…a new Mythic Hero. 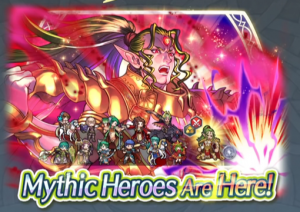 Valentia’s mad Rigelian god Duma graces our stage, and brings with him a heavy showcase of power to boot. Duma: God of Strength joins in the second Mythic Heroes banner as a colorless dragon armor, making him the first of his kind, and brings with him the attack boosting Anima blessing.

What’s more, is that he comes with the expected batch of 11 comrades (three in each color, in total), all available in an 8% focus-only session, including:

The Mythic Heroes banner kicks off on January 29 at 11p PT, and runs until February 5, so if you’re interested in collecting this powerhouse, or those in his bundle, now’s a great time to mentally prepare yourself.