In celebration of the 2nd anniversary of Fire Emblem Heroes, a new mini game has showed up, called “Find & Vote Heroes.”

The basic premise is that you first visit the mini game site at find.campaigns.fire-emblem-heroes.com on a mobile device.
You then must choose the colour of the Hero you wish to vote for.(e.g.: blue).
You then search for your Hero across the large map, and tap on them (e.g.: Legendary Azura).
You then have 180 seconds to find Alfonse, Sharena and Anna across the large map amongst all the other Heroes. The faster you find the Askr trio, the larger the multiplier applied to your vote (up to 2x). You can also unlock up to three wallpapers based on your performance. 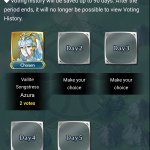 The reason for this event? Not just for fun. Come late February, there will be the 2nd Anniversary Heroes summoning event. The most voted for Heroes in each colour (red, blue, green, colourless) will become focus Heroes within this banner.

The first free summon of this banner will be replaced by a guaranteed 5-star summon of one of the four focus Heroes at random. Revel in the knowledge that you will have 25% chance to get your preferred Hero!

The event begins today, and you can vote for your favourite Heroes once per day until the event ends on the 9th of February, 2:59AM UTC. 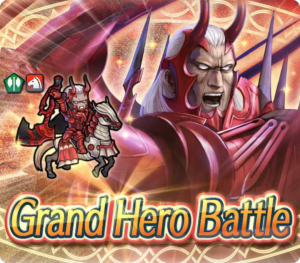 Maybe you want more merges for your chilly crimson pony rider, or you want his Chill Def skill to fodder, or you just want more Orbs. Either way, you can earn a 3-star copy of Walhart along with up to 4 Orbs by completing the new quests. You have until the 12th of February, 6:59AM UTC to grab the goods. 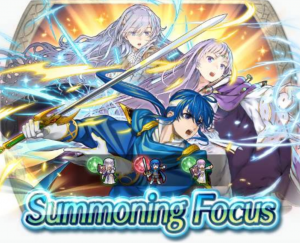 Your first summon is free, with all subsequent summons costing Orbs, as normal. These banners switch out daily, so don’t forget to check into Heroes every day and at least grab yourself a free summon, even if you don’t want to use Orbs.

Last but not least, the devs have revealed to us who the next Arena Bonus Heroes will be. 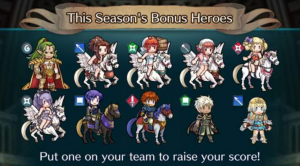 Using at least one of these heroes grant you double points in Arena, and they also gain extra stats, so get them geared up in preparation for tomorrow’s Arena reset.

Bonus: The final round of the Voting Gauntlet has begun today. Get behind Owain or Corrin and use up your leftover flags! The finals end on the 6th of February, 3:59AM UTC.