Genealogy of the Holy War Roundtable Discussion from 1996

Artist and translator garmmy has uncovered a gem from the distant past: a roundtable discussion with Shouzou Kaga, the creator of Fire Emblem, from the “Genealogy of the Holy War Fan Special” book. 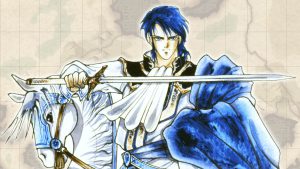 In this discussion, three hardcore fans from Japan met with Kaga to chat about Genealogy of the Holy War, which had only released recently. The book was printed back in June 1996, so there isn’t anything new per se, but there’s still loads of really cool tidbits.

The discussion itself is in Japanese, but garmmy has translated it in its entirety–and you can read it in full on their blog. As the blog mentions, the discussion goes over big spoilers for the game, so be wary if you haven’t played or finished it yet.

Below, I’ll share some highlights from the discussion, as well as provide some (hopefully useful) commentary.

On occasions, Kaga mentioned that Genealogy was not a Fire Emblem game when it was first conceived.

I had originally intended for this game to be separate from the ‘Fire Emblem’ series thus far…kind of like a different game, while still belonging to the same overall group; however, it ended up as a ‘Fire Emblem’ title due to various factors, which might explain how the game turned out.

Later, in the Making of Fire Emblem book released on 2015, we learn a bit more about the birth of Genealogy. At first, it was known as “Holy Sword Elm Kaiser” and it seems it would’ve involved squad-based combat, akin to Intelligent System’s Wars series.

One of the fans remarked about the game’s highly detailed world-building. Perhaps unsurprisingly, that was thanks to Kaga. In fact, Kaga commented that he was probably the only staff member who focused on the world-building.

It gave me the sense that someone behind this game was insanely into creating this game’s worldbuilding.

–Hijiku Tsukamoto, from the Genealogy of the Holy War Fan Special

That was all me, so it’s not the others who were insane about it.

I say it’s not a surprise because Kaga has been known to go into massive detail when it comes to world-building. This is noticeable on his blog, where he’s posted lengthy backgrounds for even minor characters and historical in-game events from decades ago, like the Leda Liberation War in TearRing Saga. 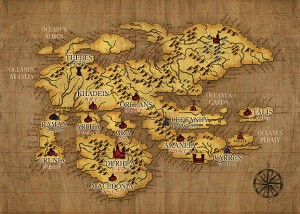 Related to world-building, Kaga talked about the game’s connection to the continent of Archanea from Shadow Dragon etc (pictured above). We know this now, but Jugdral and Archanea are intrinsically connected because of the Bishop Galle’s travels to obtain Loptyr’s powers.

This game is set in the same world as Archanea from ‘Mystery of the Emblem’. This continent exists in the same world as Archanea, but the two do not interact. Think of it as how Asia and Europe were 1000 years ago.
Bishop Galle travelling to Archanea and attaining Loptyr’s power is one of the only interactions between the two continents; he probably visited Archanea as part of his travels. Archanea was where dragonkind prospered.

This connection was also mentioned in the “Genealogy of the Holy War Playing Guide”, which came out on October 1996. So that means the Archanea-Jugdral connection was possibly first revealed in this roundtable discussion.

Similarly, the fans questioned Kaga about the “Tragedy of the Gae Bolg” mentioned in the game.

The Gáe Bolg and Gungnir are counterparts to one another. The legend has to do with the history of the Thracian Peninsula, and goes that the siblings who once worked together to establish the country ended up in conflict with each other.
By including the existence of legends like these, I wanted to reinforce the extent of this world’s scale. Not only that, this legend was put in to help hint at the history of Thracia as well, somewhat like Artemis’s Curse in the previous entries.

This too was expounded on in the Playing Guide. However, Kaga did not compare it to Artemis’s Curse during that time, so that’s something interesting to know.

Later on, Kaga shared his thoughts about Azelle and Arvis’s relationship.

This is just my personal opinion, but I feel that Azelle loves Arvis a lot. However, because Arvis is such a distant figure who’s so far beyond his reach, it pains Azelle when he is with Arvis. It doesn’t help that there’s a large age gap, about 7 years, between them.
Arvis is a highly capable person, and is to Azelle not only an elder brother but also a father figure. Although Azelle harbours great respect and love for his brother, he also feels suffocated by him…possibly because of Arvis’s Loptyr blood…which is probably why he ran away from home. However, I still believe Azelle’s love for Arvis remained unchanged.
Sigurd is a highly flawed person, so when Azelle says “He’s nothing like Arvis” when he meets Sigurd, it was because Arvis was closer to a ‘perfect being’ than Sigurd was.

It seems Azelle and Arvis were characters that Kaga thought of often. He also talked about their past in the “Fire Emblem Treasure book”. Additionally, his “what if scenario” for Arthur hinted at a possible future for Azelle. 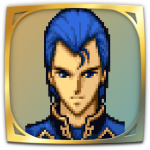 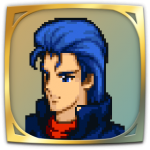 Amusingly, one of the fans brought up the similarity between Lex and Lester’s appearances. This prompted Kaga to reveal a pretty interesting fact about the game’s development.

Although the children are determined by their mothers in the final game, the initial plan was to decide each pairing’s children based on both the father and mother. However, we couldn’t implement that no matter how hard we tried due to capacity limitations, and so it ended up the way it is right now. Since some of the children were taken from those we had originally created before having to cut them down, you might find that some children actually resemble someone else. Of course, some of the current children characters were recreated from scratch as well.

Initially, he had wanted the children characters to have features from both the father and mother–rather than just the mother. However, like many other plans they had, they eventually had to scale the idea down. So Lester’s design may be based on Lex as the father.

Another hotly-discussed question was asked next: Are Claud and Silvia siblings? In the game, there were many hints suggesting this–such as Silvia reminding Claud of his long-lost sister and both characters being carriers of the Bragi holy blood.

There are people who consider Claud and Silvia siblings, as well as people who don’t. However, I intended for them not to be siblings. There aren’t any consanguineous marriages in this game*; the only exception is Deirdre and Arvis, but that’s why their marriage was painted in a negative light.

Kaga’s official stance is that Claud and Silvia aren’t siblings–this was reinforced by Silvia being absent in the Edda family tree found in the “Fire Emblem Treasure” book. However it could easily be Kaga back-pedaling.

Moving on, Kaga was asked if the Naga that appeared in the Jugdrali legends was Tiki from Archanea. In the game, they described Naga as a young girl or woman, accompanied by an old man. This reminded fans of Tiki and Bantu. However, Kaga refrained from commenting much.

By the way, Genealogy was the first game to seemingly reveal Naga’s gender, assuming it’s indeed the same Naga from Archanea. Prior to this, Naga’s gender was kept ambiguous, as the Japanese language rarely uses gendered pronouns.

At the same time, there were signs that Naga was a man, but it seems those were red herrings. Firstly, Naga was depicted as a male warrior in the ancient Archanean scriptures, but that seems to be a false interpretation. Or perhaps that warrior was a human blessed by Naga.

Secondly, Naga was commonly referred to as the “Divine Dragon King”. But in some places, kings can be women. Also, the Japanese word for “king” is gender-neutral (and can be translated as simply “ruler” instead). Both of these combined led to a lot of confusion in the English fandom.

Anyway… I think that’s a good point for me to stop. There’s a lot more to digest, so do give the full roundtable discussion a read if you’re interested! Also, if you enjoyed the translation, please consider donating to garmmy via the button near the top-right corner.