Website dataminers uncovered some interesting bits of character data recently, and it’s nice to see that they were correct, proving to us that right around the corner is a Binding Blade banner, which had its video dropped just a short while ago.

Highlighted in the upcoming Beyond Darkness banner includes Fire Emblem Binding Blade’s Lugh, Sue, Thea and Idunn. Along with the four, come a handful of new skills (inheritable ones, too), and what looks to be a fearsome dragon unit. 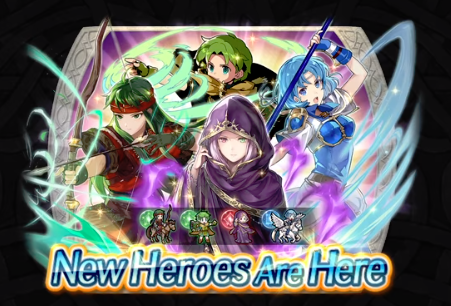 Included in this batch is the second X-Serpent tome, as well as a Wo Dao equivalent bow (Bo Dao?), a Safeguard equivalent Lance (Lukas lovers, rejoice), yet another level-4 skill in Hone Spd 4, and another dual-Seal skill.

This comes with the next story chapter sequence, A Father’s Legacy, in which it looks like Gustav plays quite an important role in the plot.

Beyond Darkness and its chapters kick of on March 7 at 11p PT, so Summoners, if you’re interested in picking up a few long-awaited Binding Blade battles, enjoy the upcoming chance!

Sue: Doe of the Plains, a Green Bow Cavalry