Another Tab Battle is now available in Fire Emblem Heroes! However, this is not a completely new series of stages. Instead, this new event rerun, Encore! Illusory Dungeon, features an old Tap Battle come back. In this first instance, it’s Labyrinth of Mists.

Even if you beat this Tap Battle the first time, you can still play through the stages again to earn rewards. There’s even more Daily Quests like usual. Furthermore, a new series of Tap Battle quests grants old event Accessories! 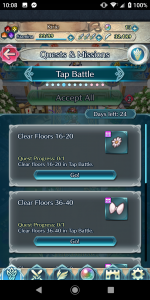 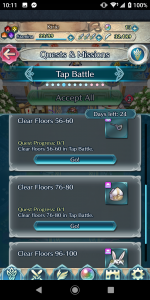 The first four quests reward the four non-EX accessories from the very first Forging Bonds event. The final quest rewards the Spring Bunny Hat, which was available during a limited quest last year. If you’ve already earned these accessories, you’ll get 300 Hero Feathers in place for each one.

This special Encore! Illusory Dungeon will be around for a good few weeks, ending on 4 April. The Daily Quests will only be available for this first week and will end on 17 March.