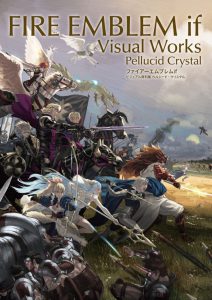 As promised, the cover artwork for the Fates artbook “Pellucid Crystal” was unveiled during the livestream. Yusuke Kozaki has really outdone himself with a highly detailed panorama featuring Nohrians and Hoshidans fighting together. 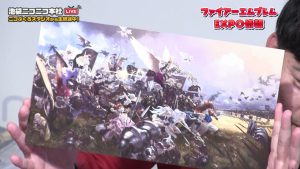 The artbook can be pre-ordered via Amazon Japan. The editing team has also opened up a webpage showcasing various sample pages from the artbook (which you can also find below). As a reminder, the book contains 320 pages and releases on 25th April 2019. 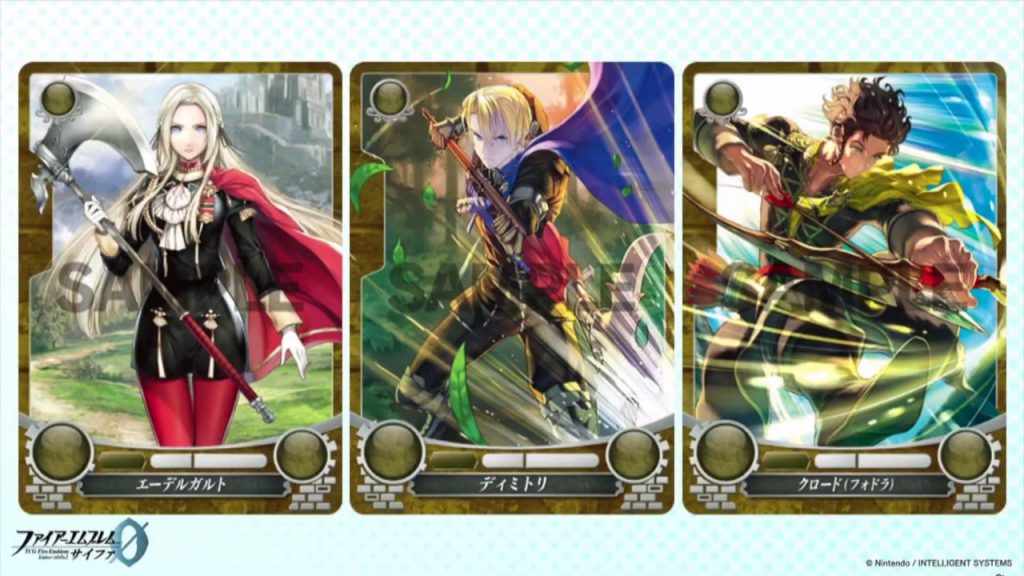 Next, the hosts showed off a trio of Cipher promotional cards depicting the House Leaders from Three Houses. These will be given out during this year’s “Cipher Festival” event. The artists are Kotaro Yamada, Senri Kita and Rika Suzuki.

Besides the spiffy art and brown/olive border colour, no further details were provided. That said, we do know Three Houses will feature in Cipher‘s Series 18, although it’s likely these cards will precede that series. 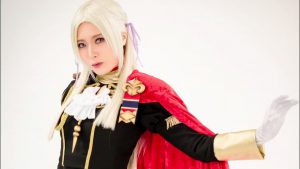 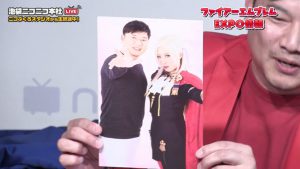 That’s not all for Three Houses, although this one is pretty lighthearted. At the Fire Emblem Expo event in May 2019, fans can meet and have their photo taken with the hugely popular “Edelgard”. It looks like she’ll appear during the first half of the day.