Last month, Famitsu shared their first batch of new Three Houses information, with a promise of more to come. This week’s issue of Famitsu, which releases on 16th May 2019, will cover additional new characters, personal skills, crests, as well as gameplay details related to the battalions and Officer’s Academy. 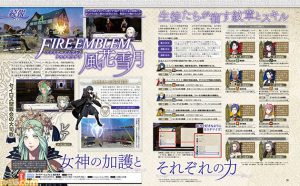 Featured is the preview image for this week’s article. Before you try to frantically zoom in to analyse all the details, remember that these previews are always small (to make you go out and buy the actual issue, of course). That said, it’s possible to vaguely gleam some new info… 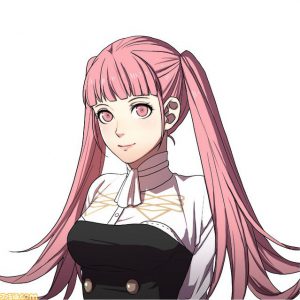 Firstly, you don’t need to scrunch your eyes to see the half-body portrait for Hilda, from the Golden Deer. She will be one of the characters profiled–and will presumably be covered by the official Twitter account and Japanese website before long. 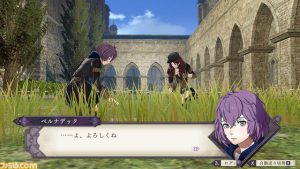 There’s also a screenshot showing Bernadetta and Dorothea interacting. Without context, it’s hard to tell what this is showing. But since Famitsu is covering the Officer’s Academy, I’m guessing they’ll talk about it in that section. 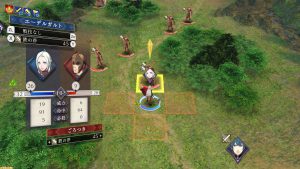 Personal skills make a return from Fates. As their names suggest, they are skills that are unique to each character. Sadly, it’s nigh impossible to read any of the personal skills listed. It seems like the House Leaders have a personal skill that has a crown icon, but with different colour backgrounds.

Additionally, some characters also possess crests (which–according to a certain someone–are to blame for everything). Byleth, the House Leaders, Felix, Lorenz and Hilda have crests, but Hubert, Dorothea and Dedue (previously translated as “Doudou”) don’t.

If you read the background of the Church of Seiros, you may know that crests were typically bestowed to ruling nobles. So that explains why commoners like Dorothea and Dedue don’t have one. It’s a bit odd that Hubert doesn’t have one, but he could be from a lesser noble family.

In fact, SageOfAnys suggests that it may be that characters from a family whose surname appears on the map are more likely to have a crest. Hubert’s surname, Bestla, doesn’t appear on the map, yet Lorenz’s, Gloucester, does. Once we know Felix and Hilda’s surnames, we can test this theory. 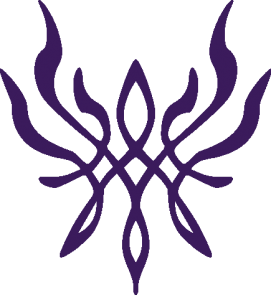 Of course, it’s pretty strange–but not unexpected–that Byleth has a crest. Like the skills, it’s hard to see the designs of the crests. But it seems Byleth has the “evil-looking” crest that appears on Sothis’s clothes, the king with the golden blade in the first trailer, etc. 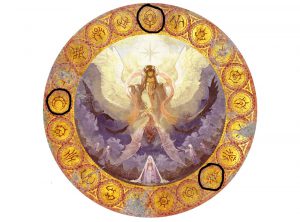 Meanwhile, the three House Leaders have crests that resemble the crests found on their national flags–and the same crests positioned near the capitals on the map: the flower for Edelgard, the snowflake for Dimitri and the moon for Claude. Presumably the other crests will be ones from the Goddess’s mural. 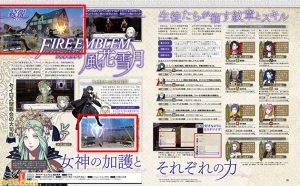 Also, we don’t know what crests do right now, but there are two screenshots of a crest appearing in battle. One is Byleth’s crest and the other is a previously unseen one from the mural. Damage and healing numbers can be seen in both screenshots, so they are strongly related to combat in some way or another. 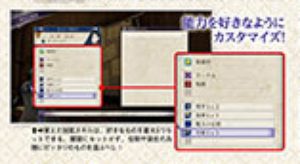 There’s a blurry screenshot that shows skills being customised. Along the top is the character’s personal skill, which probably can’t change. Then there’s space for 3 skills, which may be class skills, and space for 5 further skills, which could be professor skills. I’m guessing those skills can be interchanged. 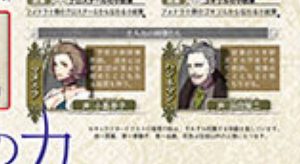 Finally, in addition to the students, we have profiles for Manuela (who was recently covered by Nintendo) and the mustached teacher, who’s name I think is Hanneman. Oddly, these two don’t have personal skills listed, nevermind crests. At the very least, they don’t seem like immediate recruits.

Anyway, I reckon that’s everything. Hopefully you’ll stick around when this week’s Famitsu comes out in a few days. Also, judging from the characters, we’re likely to see official profiles (on Twitter etc.) for Felix, Hilda and Hanneman some time this week.

By the way, you can click here to see Dorothea’s profile from Monday.