Fans all over the internet have spotted clues on the Fire Emblem Heroes official site, regarding the potential of Mythic Hero Naga. Those fans were right, as her Mythic Banner was just revealed. Slated to run from May 30 until June 6, Summoners have the chance to score Naga, and boy howdy is she a powerful unit, stacked to deal with Aether Raid offense! 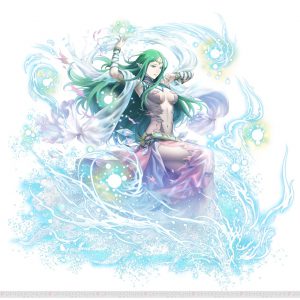 Naga joins the fray as Blue Dragon unit, with the Astra Defensive Blessing. A Dragon team will love her, as will Naga and Falchion users, but her unique C adjacency buff results in her buffing herself as well as giving nearby units a neat temporary dragonslaying ability. Super cool! 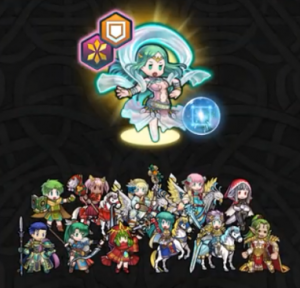 Her Banner features the 8% exclusive summoning rate on 11 other heroes, including:

For more details on her skills, click Read More.

For her full artwork, check out Dengeki.