Feh was a sneaky owl, dropping a Feh Channel on us with pretty much no notice at all. That’s fine, however, as she brought with her some good news on things to come, including a new mode, more summoning banners than fingers on our mobile-loving hands, and some nice upgrades that will be hitting the Aether scene.

Starting things off, Feh kicked the show going with her usual announcement, but what immediately hit us was some nice music, and news of the upcoming Aether Resort Concert Hall. 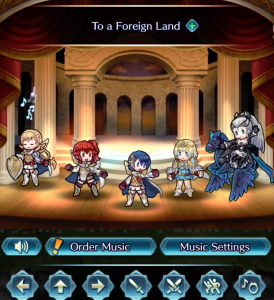 This new feature gives Summoners the ability to spend their R&R Affinity points on new tracks to listen to, while watching up to five Heroes “Dance” to the tune. 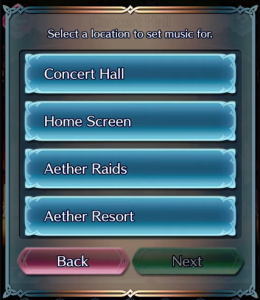 The coolest part of this is that in the Music Settings area, you can pick and choose what music plays on various screens of your game. Wanted to change what plays on the Home Screen to the Prep screen music from Fire Emblem Shadow Dragon? You can finally do that! More music will come in future releases, so keep earning those R&R Affinity points for a great quality of life improvement. 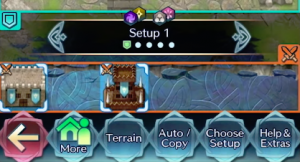 Next up, we’re introduced to a sneak peek at some of the next Version Update featueres, notably based around Aether Raids. AR will now allow Summoners to built up to 5 “setups” (Offense Map, Defense Map and Defense Team setups), that can be both scheduled to be used during specific seasons, and tested during your own free time. 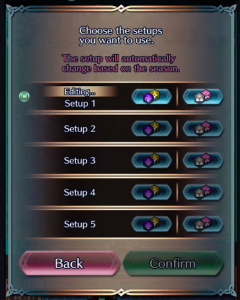 Conveniently, you can set these up with a simple tap to be used per season, so once you’re happy with your setup, just pick which default to apply and it’s done. 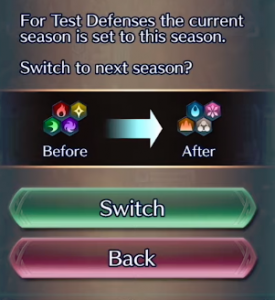 You can test any of your 5 setups, and even quick-copy them to have a new setup easily adjusted, if you only want to make a small change but keep your previous settings intact. 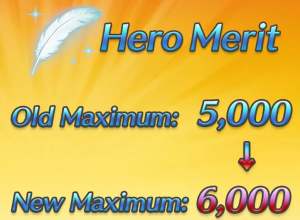 Of course, what would an update be without a Hero Merit boost? We’re not up to 6,000 Hero Merit, meaning more Hero Feathers in your pocket.

A Weekly Revival Summoning Event is about to kick off, providing 3 Heroes, at a 4% summoning rate, for 5-star quality. 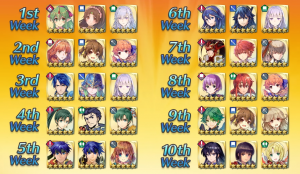 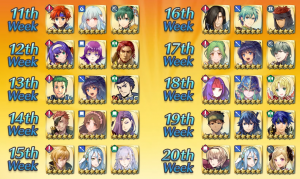 20 weeks will bring 20 batches of three 5-star Heroes to summon. Because of their raised summoning rates, now’s a great chance to +10 some beloved rare units, or max out on specific unit fodder, as none of these banners feature shared-color units.

Not to worry, as there will be a 20 orb gift distributed on the 15th to celebrate this, as well as an incoming new mode…

That new mode was destined to be added, and what hit the stage was a surprise to pretty much everyone. Following the recent Nintendo theme of Bigger Battles make Better Battles, Summoners can now participate in Rokkr Sieges. 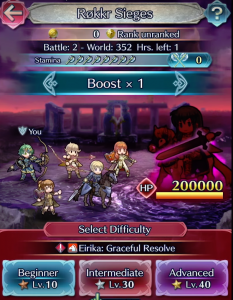 Rokkr Sieges pit a Summoner’s Hero, and allied Heroes, against a massive shadow foe, that in battle, will certainly prove to be a challenge to defeat. These 5-person teams will have to take turn after turn to bash the gigantic enemy down with hit after hit, but worry not, as damage is scaled to allow numbers to make sense in this setting. 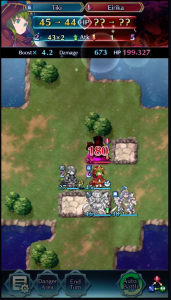 The difficulties will make things harder of course, but this can be circumvented with the Damage Boost multiplier, which can be increased by bringing down generic foes. 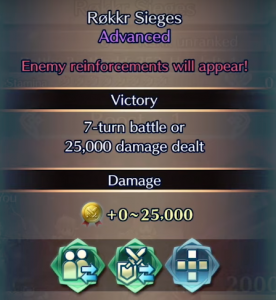 At the end of Turn 7, Allied forces will swoop in and dish out some major damage, bringing the big bad down a knotch. If you wish to try these matches again, then much like in Grand Conquests, you’ll need to use mode-specific Stamina [Battle Axes?] to participate. Using more results in more damage being dealt to your foe, so spend wisely. 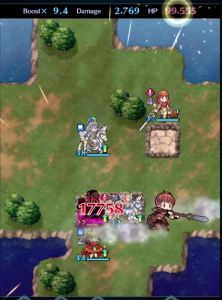 Finally, as with all modes in this game, rewards are expected. This mode will offer Sacred Coins, Refining Stones, Orbs, Hero Feathers and other goodies (not Heroic Grails or Dragon Flowers, that we can see). 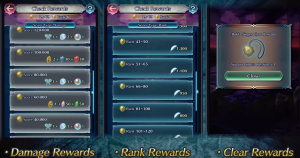 Finally, this mode starts on the 17th, so get ready for Rokkr Sieges to hit the deck soon!