This morning’s reset brought us two new summoning banners in Fire Emblem Heroes! First up, the New Power banner contains 5★ focus units for Kagero, Saizo, Oscar, and Elincia. Additionally, we also get the Weekly Revival 2 banner, which has 5★ focus units of Celica, Delthea, and Genny. 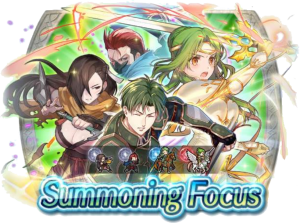 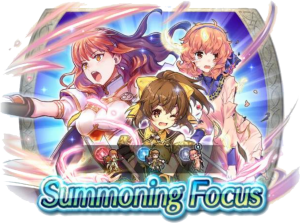 The New Power banner commemorates the recent Version 3.6 Update which gave new weapons and refines to these heroes. Check out our earlier article for a breakdown of these updates.

On the other hand, the Weekly Revival 2 banner is part of a special series of upcoming banners. These older focus heroes appear a raised 4% rate, making them more likely to pull than other 5★ characters of the same colour.

No matter which banner you choose to pull on, good luck adding some fine heroes to your collection! The Weekly Revival banner lasts a week, as expected, while the New Power banner will be around until 25 June.

Additionally, pre-registration is now open for Røkkr Sieges! Røkkr Sieges are a brand-new event type that will be starting soon. Team up with other summoners to deal lots of damage to massive Røkkr foes!

You can pre-register in the Events screen, just like Grand Conquests. For more information about Røkkr Sieges, check out the in-game board, or you can see the mode in action in the recent Feh Channel. Alternatively, you can dive right in with tomorrow’s reset when the game mode begins.

As a celebration of the new event, Heroes also gave all players a gift of 20 Orbs! You can pick them up from Feh at your convenience.