This latest update will be coming soon in early July. The main highlights of the update include some additions for Aether Raids and also some new Weapon Refinery upgrades! Click on the “Read More” below for further details.

Additionally, Naesala is back for some more battles and quests! You can tackle Grand Hero Battle Revival: Naesala in the Special Maps menu. 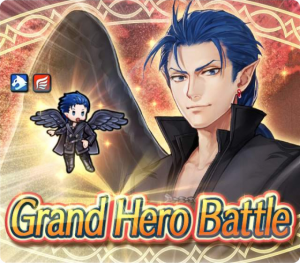 Naesala is a powerful, flier Beast ally, so if you haven’t recruited him to your team yet, now is the perfect time! New players and veterans alike can also make use of special quests for Orbs and an extra 3★ Naesala. Check out full details in-game.

Naesala’s return will last for about a week, ending on 6 July.

A few additions will be coming to Aether Raids in the next update. First and foremost is the addition of Defense Rewards. Rewards are granted based on Lift lost, with the lowest lift lost offering the best rewards. Prizes will be Dragonflowers.

To help players better optimize their defenses to earn these rewards, the defense result screen will show more detailed information. You’ll be able to see when the battle took place, if List loss control was or was not active, and the battle’s identification number.

Furthermore, the Catapult will have its level cap raised to five, for both offense and defense.

Aether Resort will also be getting some expansions, with three new songs! You’ll also be able to add more heroes and structures, up to a total of nine and twenty-two respectively.

Four heroes will be gaining new, unique weapons with this update: Luke, Matthew, Raigh, and Roderick.

Luke’s weapon is the Rowdy Sword, Matthew’s the Spy’s Dagger, Raigh’s the Hermit’s Tome, and Roderick’s the Steady Lance. Each of these weapons will also gain a unique refine in the Weapon Refinery as well! We’ll find out more details when the update is live.