July and onward is looking like a busy period for Fire Emblem collectors! Recently, Intelligent Systems revealed some more merchandise arriving in Japan in the coming months.

This is in addition to the Three Houses Nintendo Switch accessories, Three Houses stuff from Empty and Wave 1 of the Armory Collection. 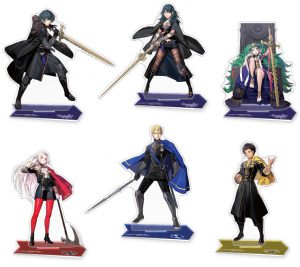 If you’ve been to conventions lately, you might be familiar with these; they’re plastic 2D stands that you can proudly display. There are six designs available: male Byleth, female Byleth, Sothis, Edelgard, Dimitri and Claude. 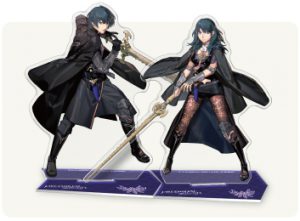 The stands are designed so that you can place them right next to each other, like above. The characters measure roughly 120 x 75 mm, while the base is 60 x 50 mm. The expected release date is early August 2019. 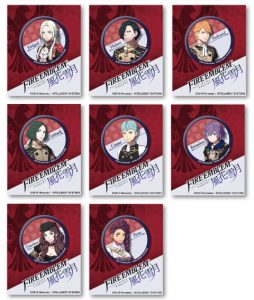 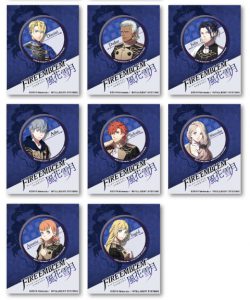 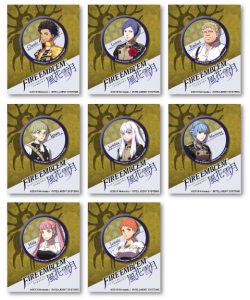 These are highly collectible badges that you can wear or stick on a bag or something. Each badge measures 40 mm in diameter. There are 27 designs. From left to right and moving from top to bottom…

Like the acrylic stands, the expected release date is early August 2019.

For reference, can badges for Awakening and Fates were exclusive to Japanese events–and I think they’re pretty hard to get a hold of now. So this is a really good chance to snap some up. 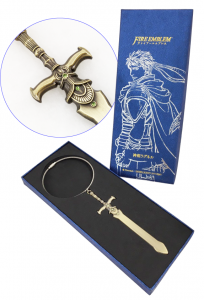 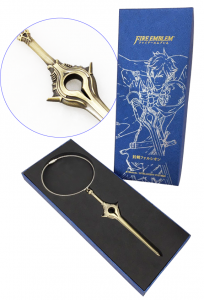 Meanwhile Wave 2 will include Ike’s Divine Ragnell from the Tellius games and Chrom’s Sealed Falchion from Awakening. The swords measure 190 mm and will be packaged in a fancy box that’s 90 x 220 x 20 mm. Both will be released in early September 2019.

Besides those three, there will also be Roy’s Binding Blade and Corin’s Yato. Presumably they’ll be in Wave 3. After that, who knows.