Heroes: “A Day in the Life of Heroes” Comic getting Physical Release on 26th August

Way back in November 2017, Fire Emblem Heroes started releasing a weekly comic known as “A Day in the Life of Heroes” (or some variant) on their website, although only in Japanese. Fast forward nearly two years and a physical version of the comic will be available from 26th August 2019. 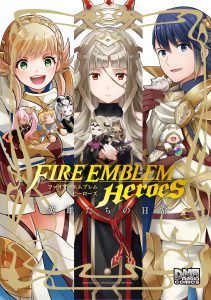 Currently there are no official details, although you can find the cover illustration via its listing on Amazon Japan. There’s also a tweet from Itagaki Hako–one of the three artists who contributes to the weekly comic–that suggests it’s what we think it is (a physical release).

Like the original comic, the physical version will only be available in Japanese. Still, it’d nice to have the comic in your actual hands–and you can always read the translations by Kirokan or Coolmanio!