Today, the Three Houses Perfect Guide–a guidebook published by Famitsu–came out in Japan. Interestingly, it has a a page that briefly outlines the contents of the currently unreleased Wave 3 and 4 DLC (alongside the released ones). 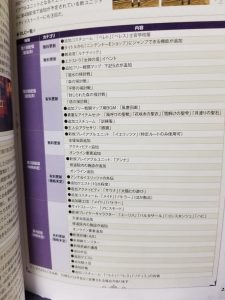 Many thanks to the Japanese fan who posted it and Ein on GameFAQs for sharing it. Of course, in this day and age, it’s possible to fake pages like this. However, there’s a similar page from the guidebook, which has a similar layout and style.

Past here is a translation of the DLC contents. Please note that there are some very minor spoilers.

Disclaimer: Names and contents may change when the DLC is actually released.

Update: The “new costumes for Byleth and Sothis” turned out to be the Sothis Regalia costume, which was released ahead of Wave 4. The wording used by Famitsu was slightly vague and was meant to be read as “new Sothis costumes for Byleth”.

Hmm, could the new characters be bearers of the crests lost to history? Especially since we’re getting new hero relics. However, there are 5 such crests and only 4 characters. How strange… Unless Anna is the 5th crest-bearer?