We knew about it from the recent Feh Channel, but today we got the formal announcement of the next Tempest Trials+ event in Fire Emblem Heroes. 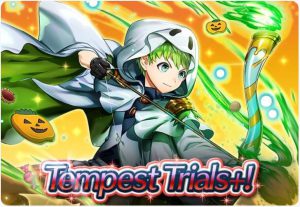 “A Child’s Wish” will start from the daily rollover on 14th October 2019 and end before the next rollover on 24th October 2019. Exclusive rewards include a special version of Rolf (colourless cavalry archer) and the Swift Stance 1, Defiant Atk 1 and Chill Def 1 Sacred Seals.

If you want to prepare, the bonus heroes (that boost your score) will be the Halloween versions of Duo Hector and Lilina, L’Arachel, Dozla, Ilyana and Rolf, plus the normal versions of Hector, L’Arachel and Oscar. If you haven’t scored a new Halloween Hero, the latter two are nice budget options. 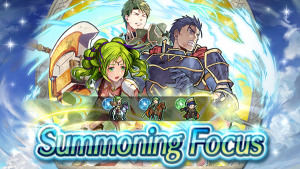 …And if you really needed a helping hand, there is currently a summoning banner featuring regular Hector, L’Arachel and Oscar. This could be a good chance to score yourself a Hector (or Distant Counter fodder).

Before we continue, there’s a quick update regarding the “Build a Field” Aether Resort quest. If you were quick and bought all the fields (like me) before this quest was released, the offending quest has now been replaced with the much more doable “KO Foe” quest. 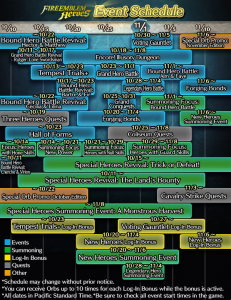 Last but not least, the Fire Emblem Heroes team shared the event calendar for mid October to mid November. Highlights include new summoning banners during 20th October and 6th November, plus a new Legendary Hero banner on 28th October. For a text breakdown, please continue after the break!