It’s only been a few months since a new Fire Emblem game–Three Houses–was released, but there’s a possibility that the wait for the next title in the series might not be that long. 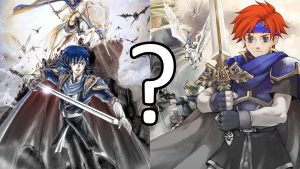 We think Genealogy of the Holy War and Binding Blade are the most likely candidates for a remake.

In a recent episode of “Kinda Funny Games Daily”, Imran Khan–former senior editor at Game Informer–casually mentioned that a Fire Emblem game was being produced for the Nintendo 3DS at one point, but was cancelled. However, he also speculated that this project could be revived for the Nintendo Switch.

(Thanks to Nintendo Enthusiast and many others for the heads up!)

His comments were a follow up to a recent article by Wall Street Journalist author Takashi Mochizuki who claimed that Nintendo wants more 3DS-like games created for the Nintendo Switch and also the recent announcement that “Mario & Luigi” developer AlphaDream would be going bankrupt.

(Via Games Radar and Polygon.)

It seems that one of the triggers for the game’s cancellation was the poor sales of Mario & Luigi: Bowser’s Inside Story on Nintendo 3DS in February 2019. This caused Nintendo to re-evaluate their Nintendo 3DS projects, leading to the cancellation of the purported Fire Emblem remake. 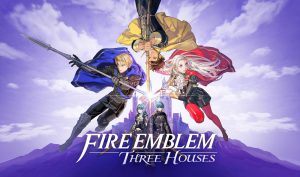 Development on Three Houses was announced during the Fire Emblem Direct in January 2017.

Presumably, development on the remake was happening around the same time as Three Houses. Although it might seem like a schedule clash, there was a time when Intelligent Systems were developing The Sacred Stones and Path of Radiance simultaneously. Plus Three Houses was co-developed by Koei Tecmo, meaning Intelligent Systems probably had a lot of free hands.

The other important nugget is that Imran believes we may see the cancelled remake again on the Nintendo Switch. This is loosely tied to Mochizuki’s comments about the Nintendo Switch potentially receiving games that would’ve been designed for the 3DS. This is purely speculation, but titles like the recently released Link’s Awakening remake may have been planned for the 3DS.

In any case, if what Imran says is true, it wouldn’t be a huge surprise for the project to make a comeback. For one, depending on how far development got, it would make a lot of sense to recycle the work they’ve already put in. It would not be dissimilar to how Binding Blade on the GameBoy Advance borrowed ideas from the ill-fated Fire Emblem 64.

Furthermore, now that Three Houses is out–and selling fantastically well–there’s probably pressure on Intelligent Systems to crank out the next Fire Emblem game in a relatively short time (like 1 or 2 years). Releasing a remake would be a relatively easy way to do this, while also throwing a bone to fans who never played the original. 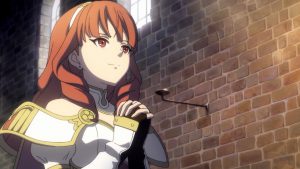 Celica from Echoes: Shadows of Valentia.

Now the big question is what exactly was the cancelled game a remake of? The most recent remake was Echoes: Shadows of Valentia, a retelling of the second game, Gaiden. Prior to that, both of Marth’s games on the NES and SNES were remade. If they’re following release order, the next game should be Genealogy of the Holy War. But some Intelligent Systems staff have expressed interest in a Binding Blade remake.

Before we go, we must stress again that this is merely a rumour for now. Still, it’s something nice to think about, right?