We’re about a month away from the release of Series 19 of Fire Emblem Cipher! As such, this means it’s time for our first Cipher S19 Weekly Recap. Take a look below for our very first card reveals! Most excitingly, we get two very fancy cards for Edelgard and Seiros from Three Houses. 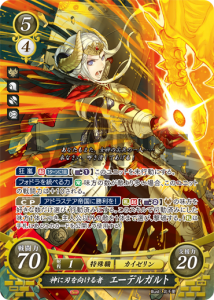 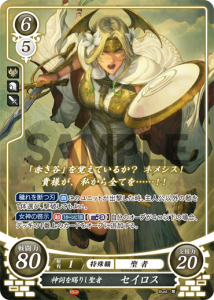 Edelgard appears here in her Emperor class, post time-skip. This is also now her second SR card, and the first SR card for S19! Seiros’s card is a bit more mysterious, but my guess is that it will be an HR card.

The @fecipher twitter account also revealed a few other cards this week. Our very first card reveals were, as usual, the Cost 1 cards for our leading characters this set: Edelgard and Seliph. We also got a pair of cards for Edain, including an R foil card! 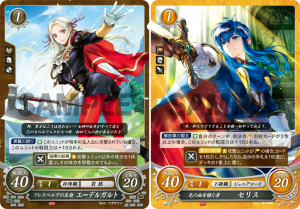 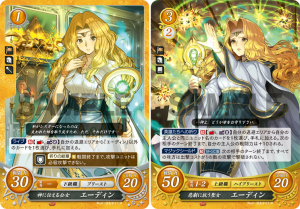 These are all of the cards we have so far, but we’ll be able to see a lot more during this weekend’s Autumn Livestream! Hidenori Takahashi (VA for Dedue, Owain/Odin, and Valjean) and Juri Nagatsuma (VA for Dorothea) will be joining as guests. 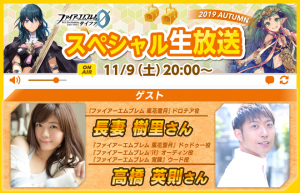 Like other seasonal livestreams, Kawade will be on hand to show us a good selection of cards from the upcoming set. We should also get some news and art for upcoming sets, and maybe even some news for the upcoming Comiket!

If you’d like to watch along live, you can find links to the streams on the official site here. Otherwise, we’ll post a breakdown with all new cards and information next week.