For those of you who like to plan ahead in Fire Emblem Heroes, the first event calendar of 2020 is here! 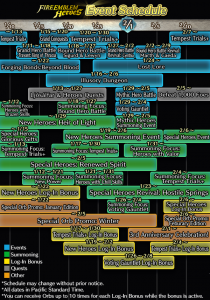 The beginning of February also marks the game’s 3rd Anniversary, so exciting times are ahead.

As usual, keep reading for a text version of the calendar.