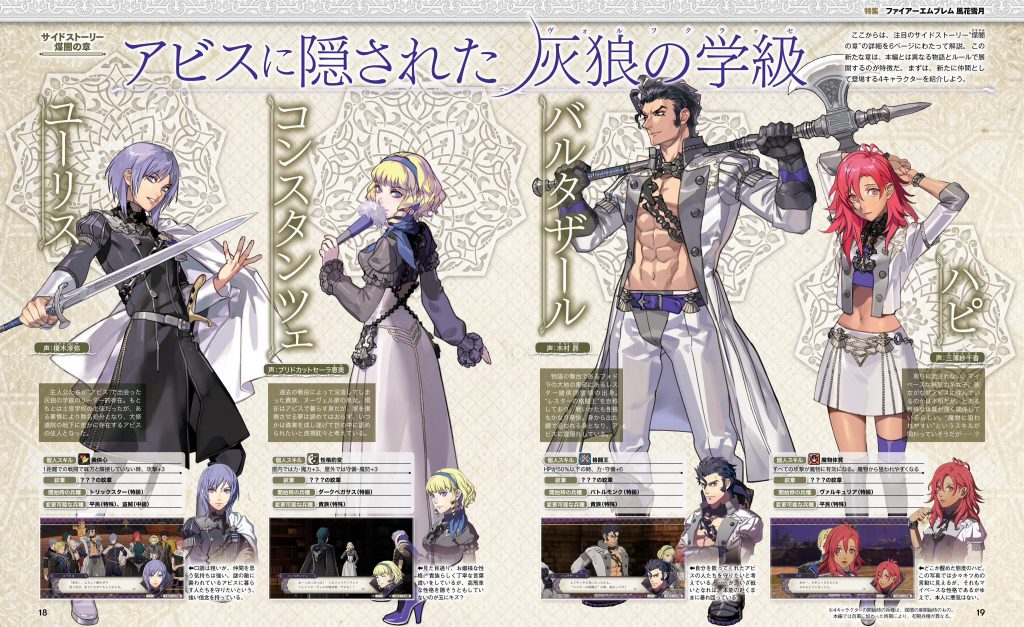 Otherwise, they have the same abilities that we know from data-mining etc.

Note that Combat Arts (such as the Trickster’s Trick and the War Monk/Cleric’s Far-Strike) and mastered abilities aren’t listed.

Underground Seals, which are required to class-change into the four new classes can be obtained in the main story via two ways. First, you’ll get one from each Ashen Wolves student that you recruit. Secondly, you can get them by exchanging Renown via the Pagan Altar. 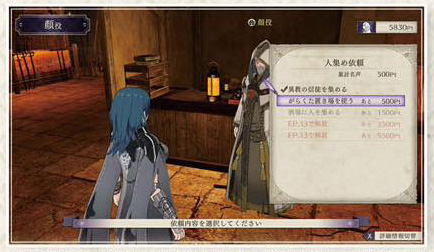 As we recently learned, in the main story, you can speak to the “head honcho” (sorry, can’t think of a better name right now!) of the Abyss to gather new facilities in Abyss. To do so, you’ll need to spend Renown.

Famitsu provided a screenshot of the head honcho, along with the facility menu, although it’s a bit too small to make out. It seems the first facility you can obtain is the Pagan Altar, for 500 Renown. Then there are four more that require 500, 1500, 3500 and 5500.

I think the next one is the Junkyard, where you can salvage weapons etc. during each month. Then the one after that is probably the Mystery Instructor. The last two require progressing to Chapter 13 (of the main story?) and are likely the Augury and Basement Library.

The Pagan Altar is where you can offer resources to obtain Renown, as well as spend Renown to obtain weapons and items. For reference, Morfis Seeds yield 10 Renown.

Meanwhile, to obtain a Rapier, Devil Sword/Axe costs 600 Renown and a Iron Sword+ 400 Renown. Certain items also have exchange limits. For example, there’s a limit of 1 Rapier and 3 Devil Sword/Axe. 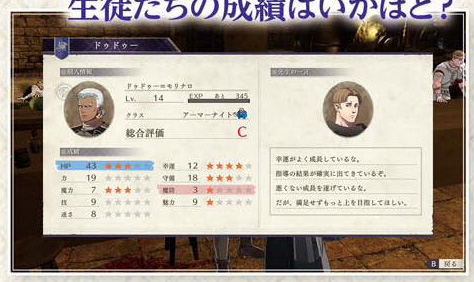 The Mystery Instructor lets you judge your characters’ stats. In the screenshot provided, it shows Dedue as a Level 14 Knight. He has 1 star in Resistance and Charm, 3 stars in HP, Magic and Defence and 4 stars in Luck. For a total score of C.

The Augury can be unlocked in Part 2; here, you can spend Renown to boost the support points for characters via “Improve Ties”. There’s also a “Star Cross” option that lets you choose which pairs will have a shared ending, if they have multiple options. Woo-hoo! 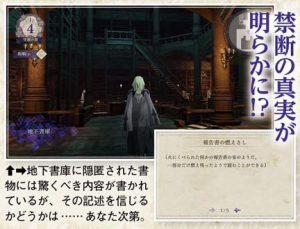 During Part 2, there will be quests related to the Basement Library. After completing these quests, you can read through the books stored in this library. Perhaps you’ll discover new things–and maybe even things that were meant to be buried forever!

That’s all for Cindered Shadows, but there’s slightly more, discussed in the interview with the directors. This information comes from ryokutya2089, who are well known for leaking Famitsu before release. Please note that we haven’t verified this information ourselves yet.

Cindered Shadows is expected to last 8 to 10 hours, but of course, individual play time can vary.

There will be a future update (not sure if it’ll come with Wave 4), which adds Rhea as a tea party option for all players. Some of you may know that Rhea has tea party lines since the beginning–also, in Version 1.1.0, these lines were suspiciously moved around.

Additionally, the protagonist will be able to don the Dancer attire (but they can’t be a Dancer) and there will be an option during the weekend menu (before selecting “explore” etc.) to change attire, as well as change everyone’s attire at once.

Anyway, this will probably be the final Cindered Shadows article before release. We’ll see you on the other side!