April Fool’s is over, so now the real Feh Channel is here! Unlike the 8-bit warm up from before, it goes over new gameplay features, including a big–and very welcome–change to the summoning system!

Also, it’s not your ears–Feh has a new English voice actress. For the last few years, she was voiced by Kimberly Tierney. However, voice recording has moved from Canada to the USA, so Feh has been re-casted (via Twitter). 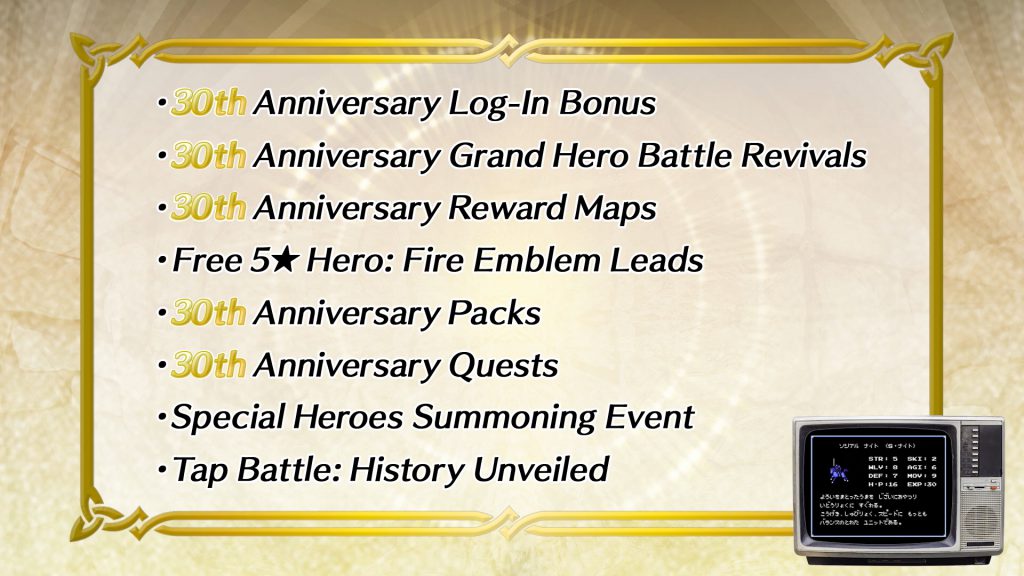 Fittingly, the first piece of news is related to the Fire Emblem series’s 30th anniversary, on 20th April 2020. Here’s what you can look forward to:

Feh covered 4 of these in more detail. 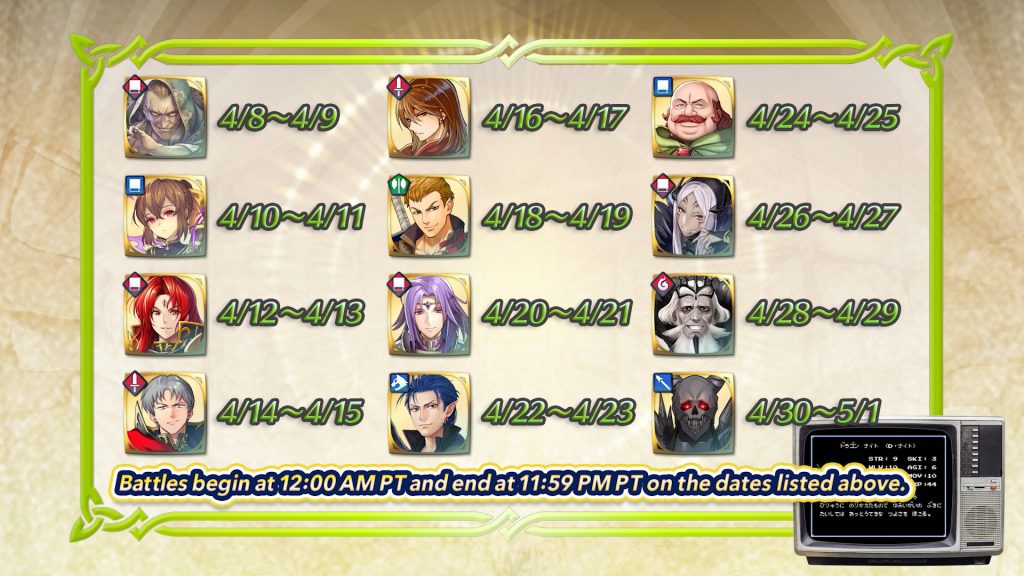 12 Grand Hero Battles, representing 12 games from the franchise, will be re-run between 8th April to 1st May. 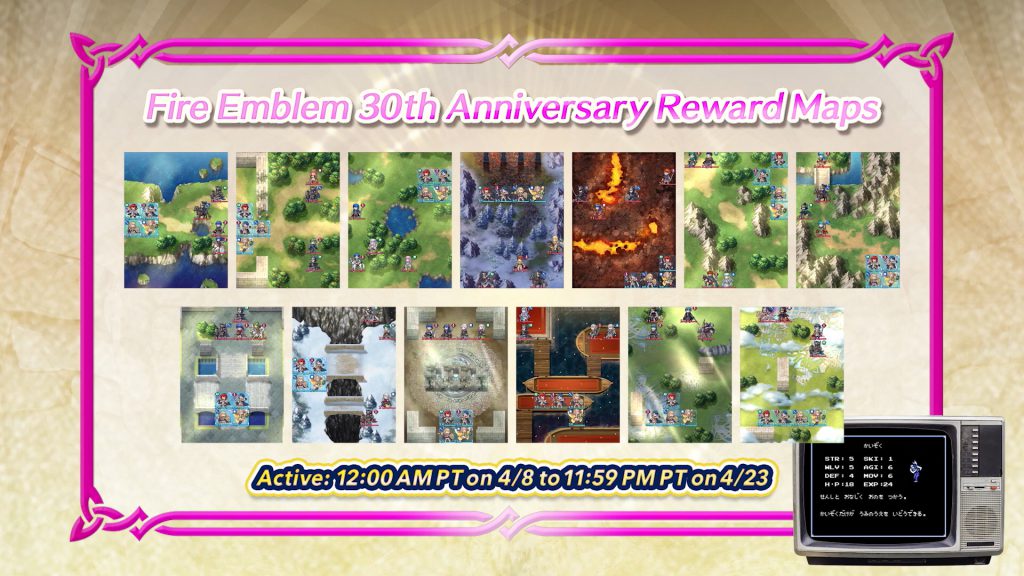 Between 8th and 23rd April, there will be 13 maps based on Mystery of the Emblem up to Tokyo Mirage Sessions. By completing all the maps on both difficulties, a total of 26 Orbs can be obtained. 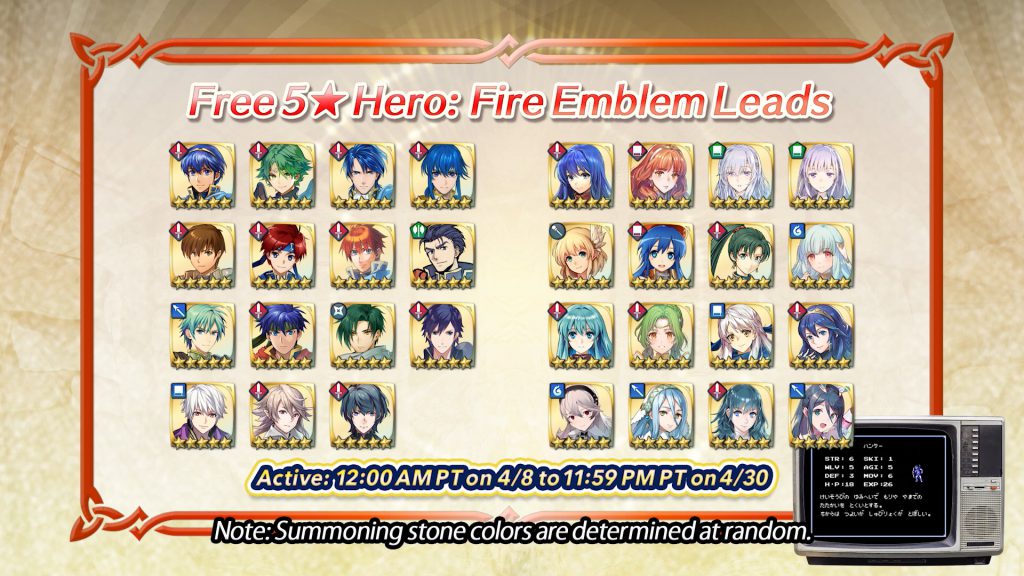 From 8th to 30th April, there will be a special summoning event where you can obtain one 5-star Hero for free. The possible Heroes are all heroes or heroines of their respective games.

Similar to the free seasonal Heroes given out in the past, the colours of the summoning stones that appear during the session will be random. So you could get all red stones, for example. 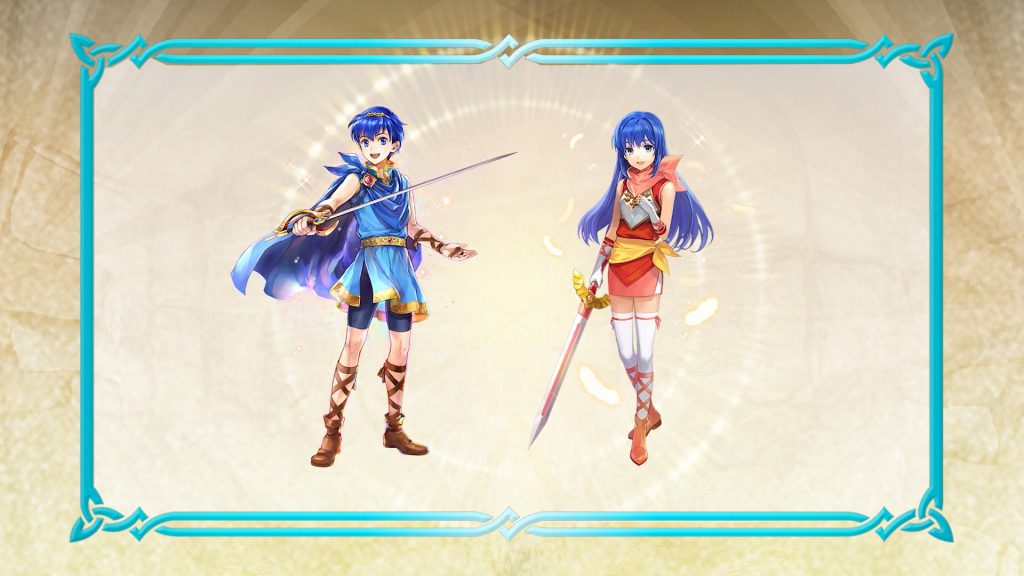 Between 20th April and 19th May, new Special Heroes will be debuting, including a pantless version of Marth… er, young versions of Marth and Caeda! There will be other similar Heroes besides these two as well. 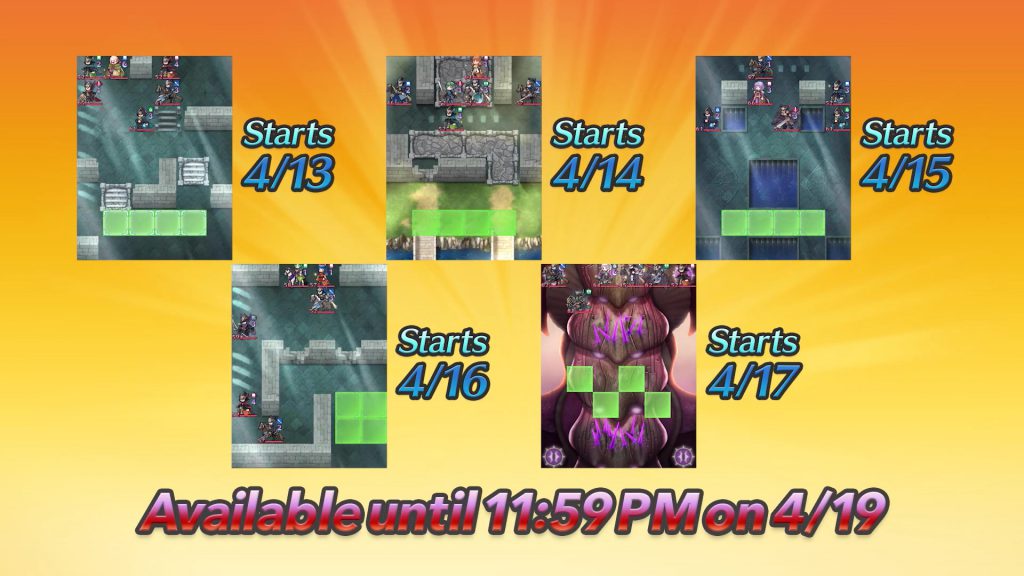 In this new mode, you can challenge existing battles but with a twist. There will be deployment restrictions, such as only allowing Heroes from certain games or preventing Heroes with certain skills.

Completing all maps on all difficulties will net you 5000 Hero Feathers and 220 Divine Codes. 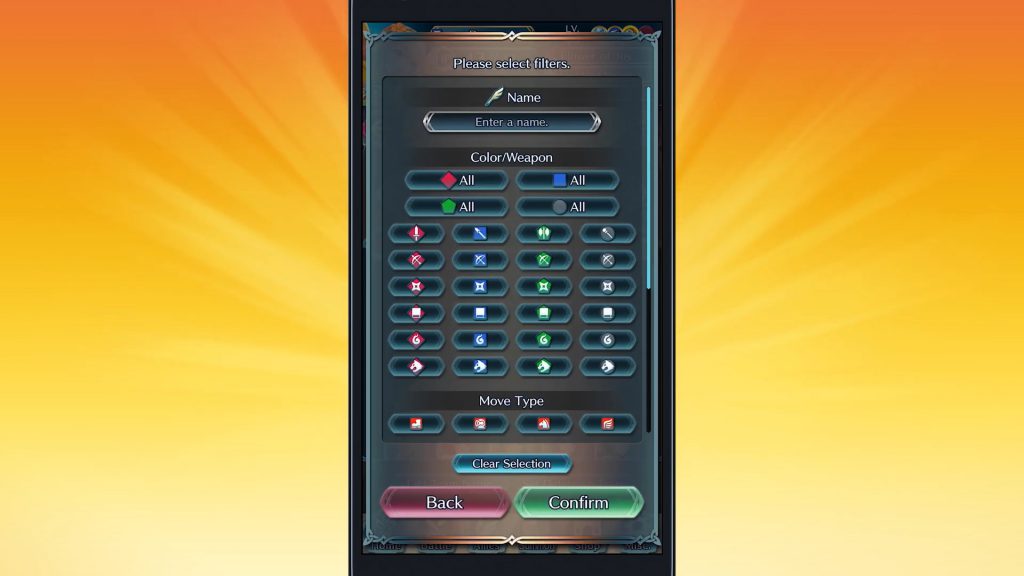 To make it easier to create teams, there will be a new “Hero filter” option in the Edit Teams menu. It’ll be found to the right of the “Sort” button. Whoa, that’s a lot of filtering options! You can filter by name, weapon or move type or their game of origin. 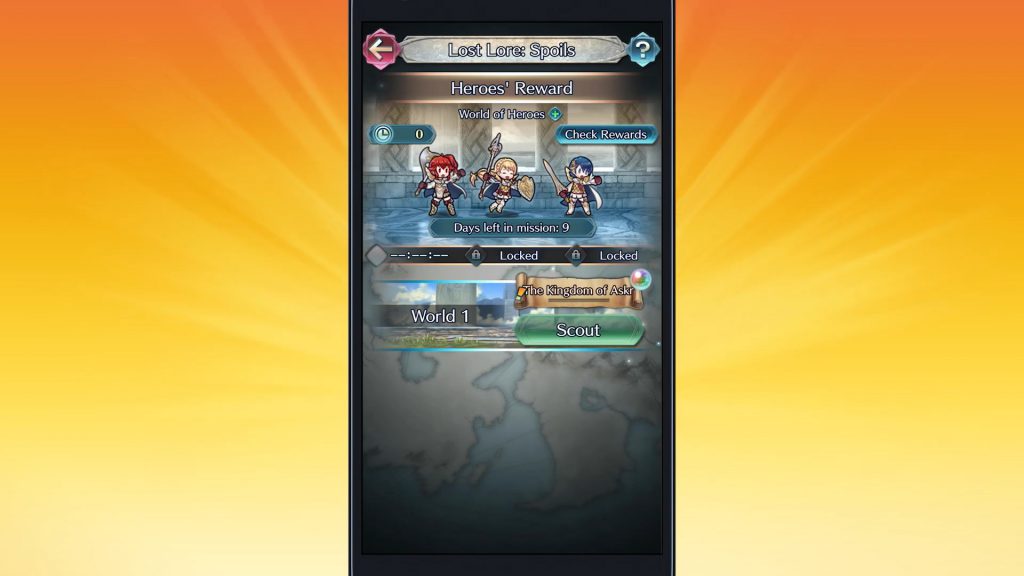 In this version of the existing Lost Lore event, you can explore the World of Fire Emblem Heroes where Alfonse and co live. In the addition to the usual records, you can obtain Divine Codes: Ephemera 4. There also no strikes, only scouting.

By completing the entire event, you can pick up 120 Divine Codes: Ephemera 4, plus 50 Dragonflowers and 7 Orbs. Not bad for just doing mostly nothing. The event will begin from 27th April. 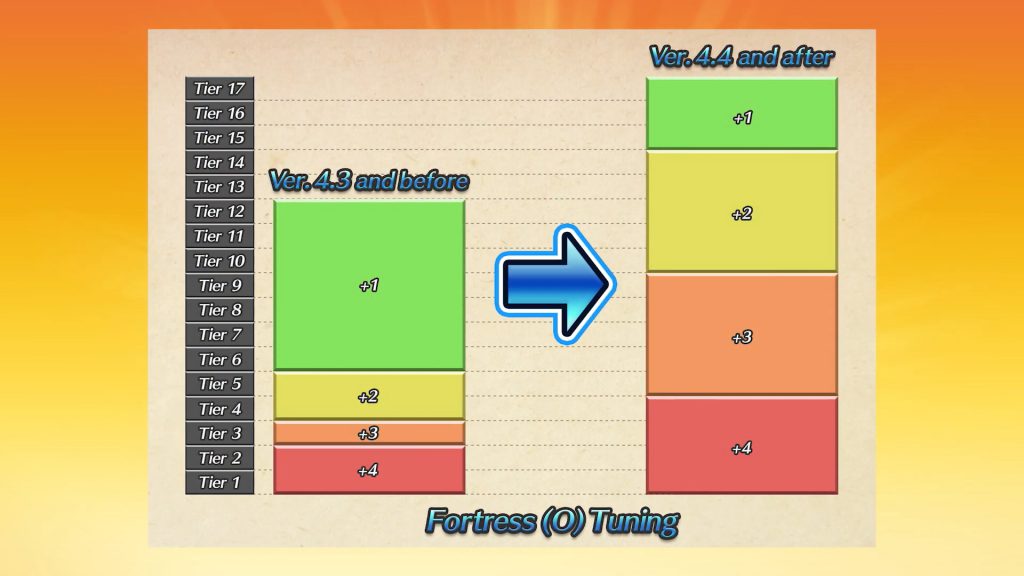 The Fortress (O) structure in offensive Aether Raids will be slightly adjusted. Currently, the Fortress (O) gains a Level boost when your Tier is 12 or lower, with a higher boost the lower your Tier.

In Version 4.4 and higher, this Level boost will apply up to Tier 17 and it’ll also scale more proportionally to your Tier. 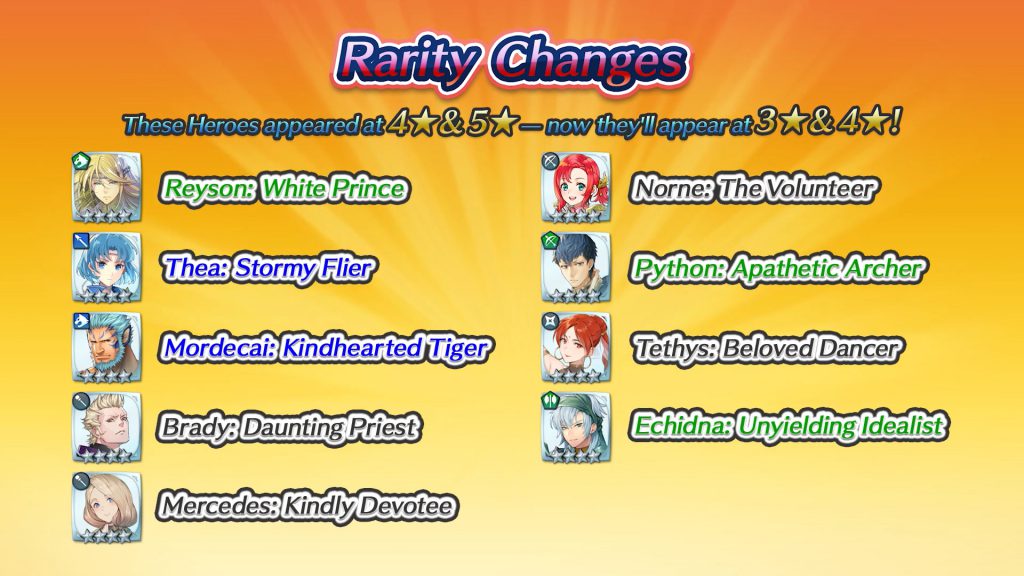 It took long enough, but several 4-5 star Heroes will be demoted to 3-4 star. These include:

These demotions will apply in all summoning events added after Version 4.4 launches (and won’t apply retroactively as usual).

Last, but not least, here’s the biggest piece of news! Before we get to the game-changer, let’s check out some of the Heroes that will be added soon, in a new summoning event “Journey Begins”.

These Heroes are all from Fates, specifically Revelation (although they’re not unique to that path). 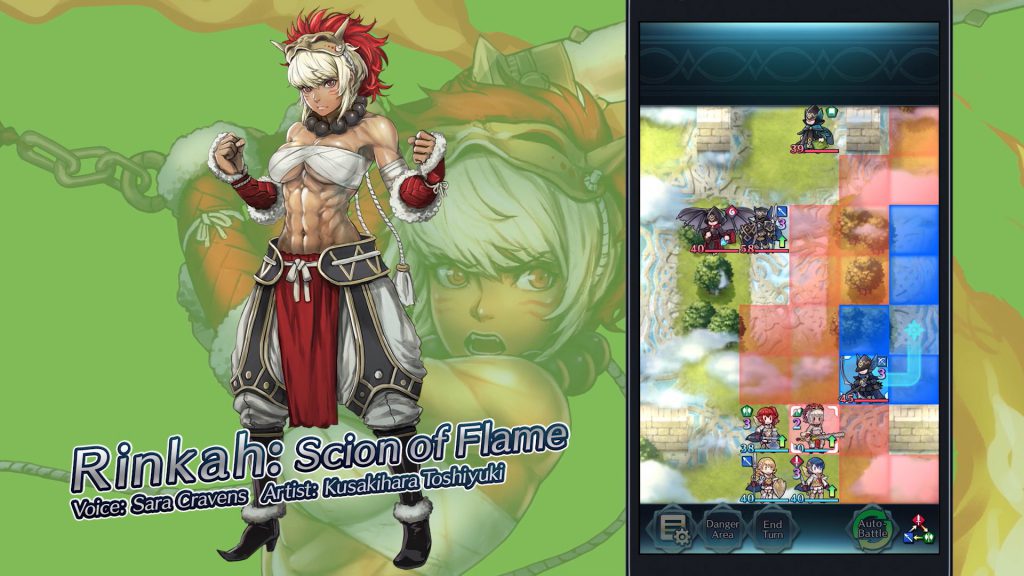 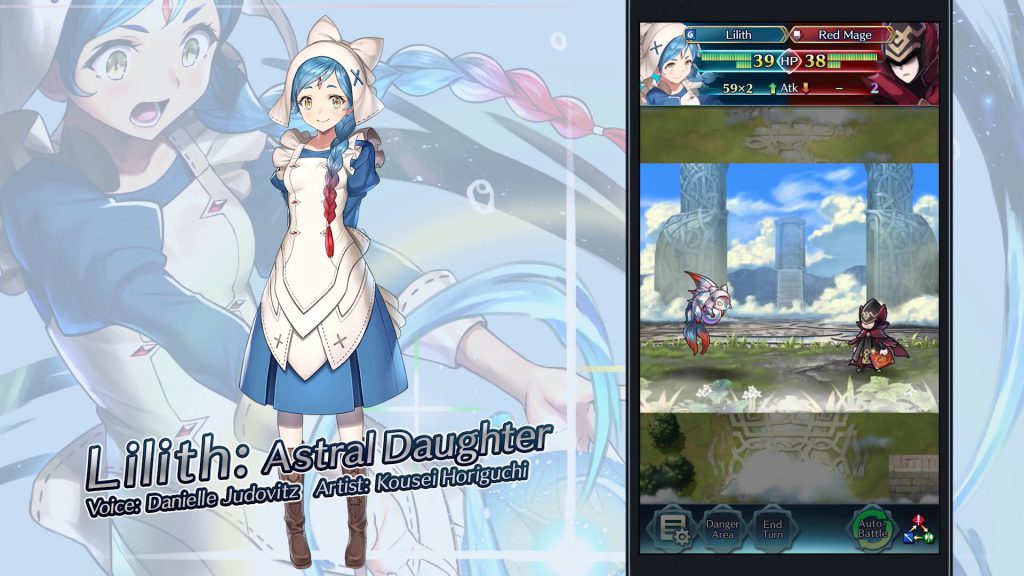 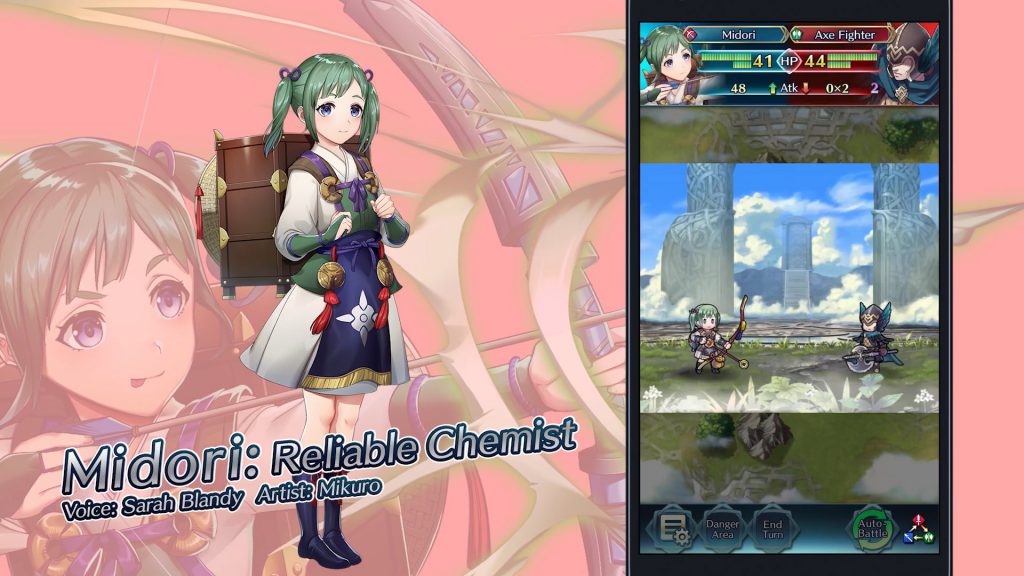 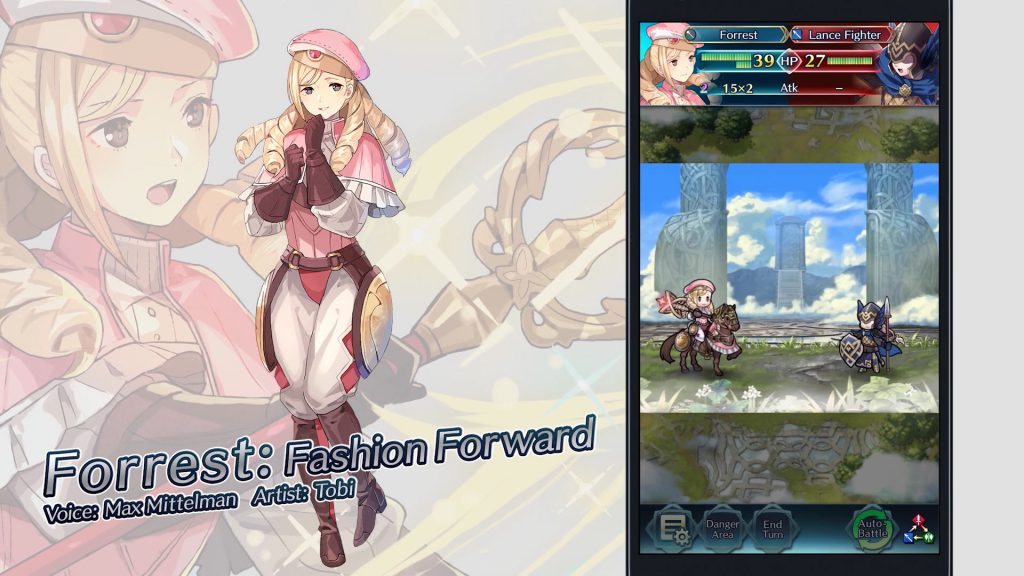 If you’re interested, Forrest will also be available as a 4-star Hero. 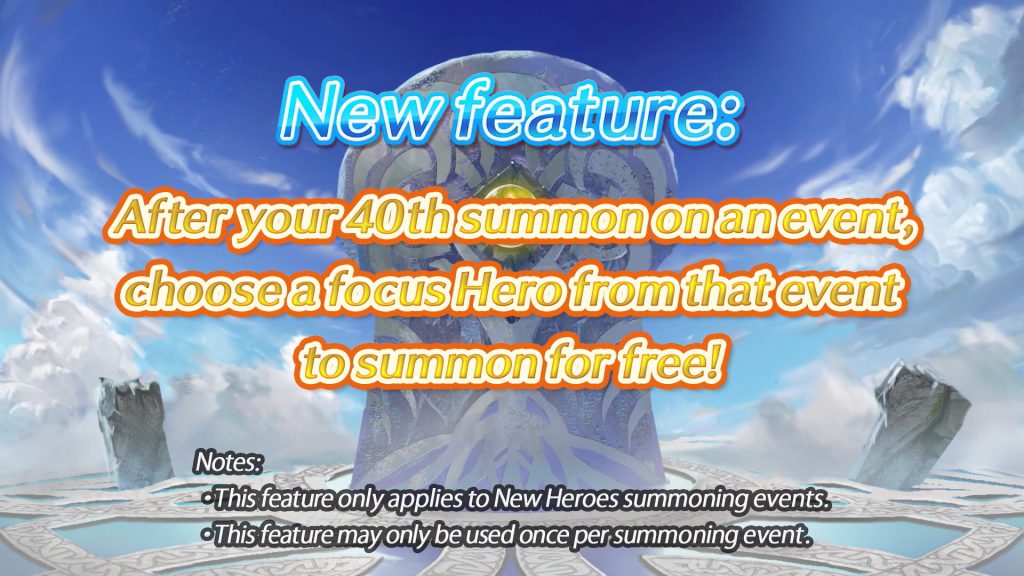 Now for the game-changer! With each New Heroes summoning event, after your 40th summon in that event, you can choose one of the focus Heroes to obtain for free! This can be done only once per summoning event.

Fans of other mobile games may recognise this as “sparking” or similar names. What this means is that, provided you have enough Orbs, gone are the days where you spend hundreds and hundreds of Orbs without the Hero you want!

Once you reach 40 summons, you’ll have the option to do a free 5-star summon. It works in a similar vein to the free Choose Your Legends Heroes, so you’ll be able to see the Heroes displayed over the summoning stones.

Before we go, Feh remembers to plug the newly opened Facebook page for Fire Emblem Heroes. So if Twitter isn’t your thing, you’ve got a new option for following the game! Check it out here.