Cipher: Edelgard promo card out this April via Dengeki Nintendo!

The Twitter account for the print magazine Dengeki Nintendo has published details of a new promotional card of Edelgard from Three Houses for the Japanese trading card game Fire Emblem Cipher, scheduled to be bundled alongside their June 2020 issue releasing April 21st. 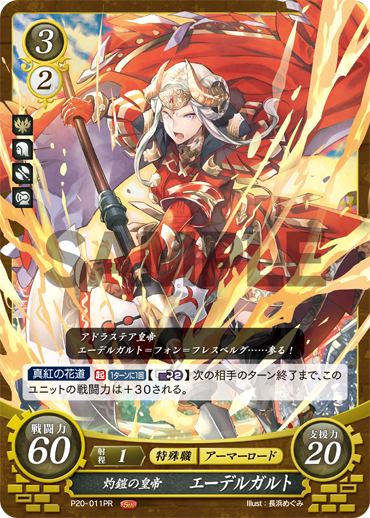 The sample image of the new Edelgard promo card provided by the Twitter account for Dengeki Nintendo, illustrated by Megumi Nagahama.

As the card will enter circulation very soon, a dedicated post for it from the official Cipher Twitter account sharing the same information can be anticipated in the near future.

For avid collectors, we can confirm that the particular magazine issue bundling the exclusive promo card is already able to be ordered via Amazon JP, which allows for international shipping to regions outside of Japan. Additional details about the new issue, such as its cover and other contents, are currently unavailable, but it will likely come with two copies of the card like all past magazine promos. 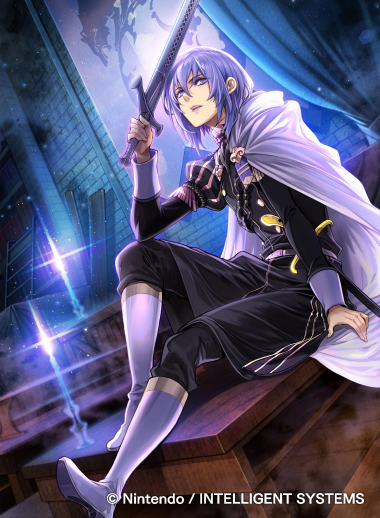 Artwork for a future Cipher card of Yuri from Three Houses previously shared by the official Twitter, to be released in the next booster.

The Edelgard promo card is making its debut in the interim between expansions, with the next major Cipher release, the Tempest of Apocalyptic Flame booster for Series 21, still bound for a June 25th release. The forthcoming set will feature more cards of characters from Three Houses, The Binding Blade, The Blazing Blade, and Heroes. Look forward to our coverage of it and the newest cards starting next month!